Card Of The Week August 12

There were two very impressive home runs last Thursday.  Yoshio Itoi of the Tigers hit the back wall of the Tokyo Dome during their game against the Giants (H/T NPB Reddit for the link to the video):

Masataka Yoshida of the Buffaloes launched an impressive shot into the center field seats for a grand slam at the Osaka Dome (not using corporate names until I get a check) against the Lions:

While it looks like Itoi's went further, according to Dingers This Week it was actually Yoshida's home run that was hit further - 435 to 420 feet.  (Surprisingly Zealous Wheeler of the Eagles actually had the second longest home run of Thursday with a 422 foot shot - Itoi's was third longest on the day.)

Here's are BBM team set cards for both Itoi and Yoshida.  Both of these are from "Newcomer" subsets - Yoshida's is from his rookie year of 2016 (card #Bs72) while Itoi's is from last year (#T72) - his first year (obviously) with Hanshin after four years with Orix. 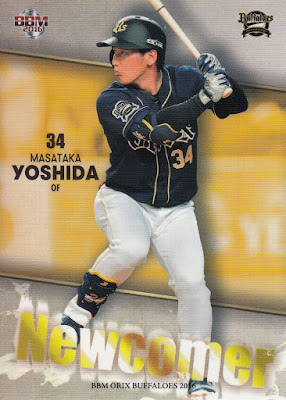 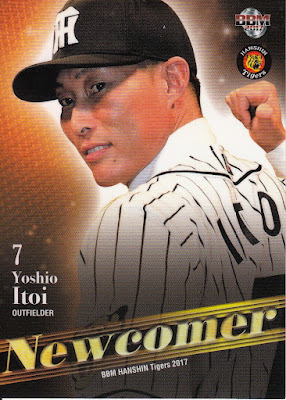 Itoi’s homerun was insane. He nailed that and he knew it!!

Yeah I love the bat flip