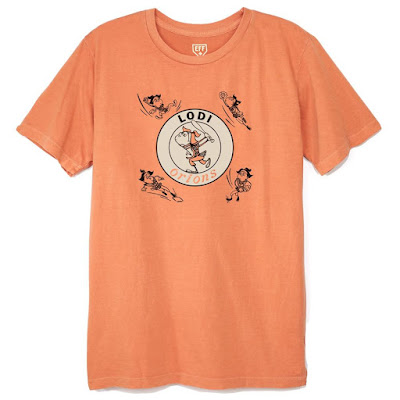 Ebbets Field Flannels unveiled several new T-shirts this week and one of them had a Japanese baseball connection - they included a shirt for the 1972 Lodi Orions which was owned by Lotte Orions Nagayoshi Nakamura and had four players from Lotte on their roster during the year.  Nakamura bought into the Nishitetsu Lions the following year but kept the Lodi franchise, redubbing it the Lions.  He had six Lions players on the roster that year including Akinobu Mayumi.  While I'd rather have a Lions shirt than an Orions shirt I think I'll be ordering one of these for myself.
Posted by NPB Card Guy at 4:52 PM