Card Of The Week August 5

The 100th edition of the National High School Baseball Championship - better known as Koshien - kicked off today.  Jason Coskrey of the Japan Times had an interview last week with Yuki Saitoh of the Fighters where they discussed Saitoh's performance in the 2006 tournament, particularly the final game in which he matched up with Masahiro Tanaka for a 15 inning tie.  Because the final ended in a tie, the game had to be replayed the next day and Saitoh pitched that game as well, winning it 4-3.  He struck out Tanaka to end the game. 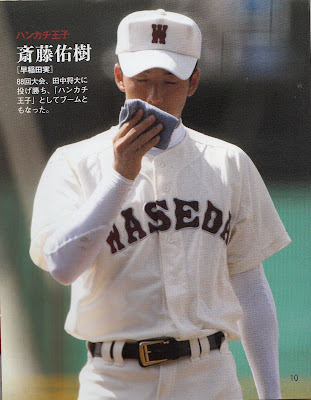 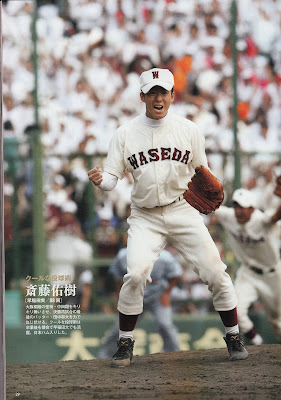 Here's the writeup on the championship that includes a couple photos from a mook celebrating the 90th Anniversary of Koshien Stadium in 2014: 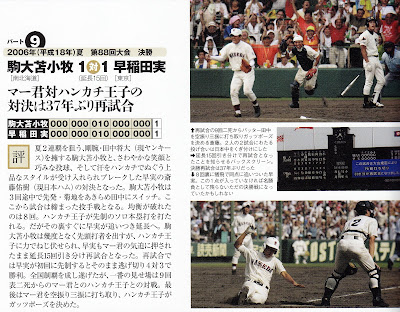 Saitoh's professional career hasn't been particularly successful but it's interesting to see him reflect in the article that he is "still able to continue playing baseball because I still carry that feeling from Koshien. When I think about giving up, the memory of Koshien pulls me back.”  Here's a 2011 Bandai Owners League 02 card (#038) of him: 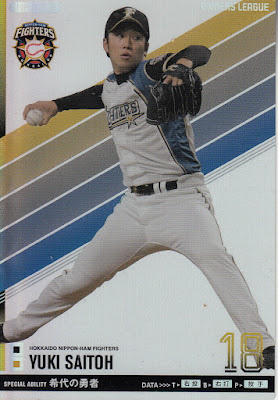 UPDATE - I don't know why I didn't think to look before I posted this but I found highlights of the 15 inning tie game on YouTube: