Dan Skrezyna is a big fan of Lee Seung-yeop, the former slugger for the Samsung Lions in Korea and the Marines, Giants and Buffaloes in Japan.  Dan has accumulated a substantial PC for Lee and I was an unexpected beneficiary of a side effect of his collection a couple months ago.  Dan had picked up a couple Yomiuri Giants team issued sets just for the Lee cards.  He wasn't interested in the rest of the cards (with a couple exceptions) so he dropped them in the mail to me.  Which is a bigger deal than normal since Dan lives in Korea and I live in Maryland!

Dan gets his cards graded so he's made sure that the checklists for these sets are available on TradingCardDB.com so that PSA can look them up.  As a result these are some of the best cataloged team issued cards around.  I have no idea how these cards were originally distributed - whether they were some sort of SGA or if you got them as a member of the Giants fan club.

The first set is from 2007.  This set has 54 cards and Dan sent me 51 of them.  My set is missing Lee, Koji Uehara and Tatsunori Hara.  One interesting thing about this set is that it includes the four ikusei players that the Giants had at the time.  One of those players - Tetsuya Yamaguchi - had previously played in the Diamondbacks organization and would later get moved to the 70-man roster and win the Central League Rookie Of The Year award in 2008.  I was a little disappointed that the set didn't include Hayato Sakamoto since 2007 was his rookie season.  Here's a couple example cards: 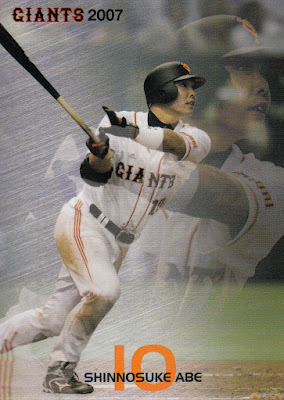 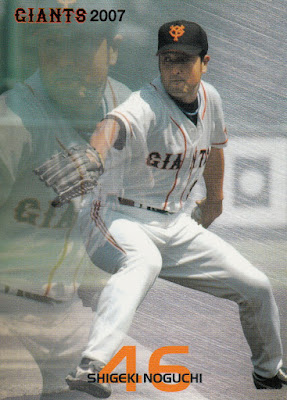 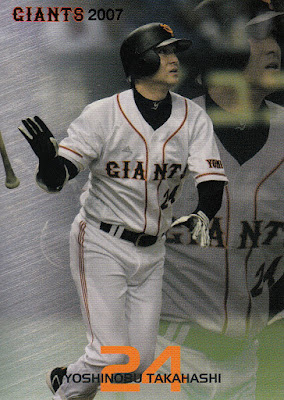 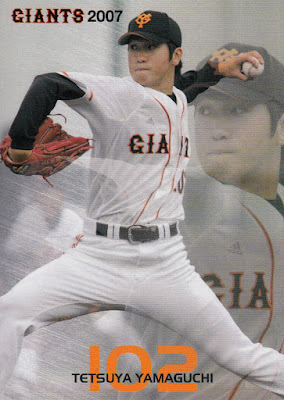 The second set is from 2010 and is entitled "Giants Pride".  This was originally a 27 card set and again my set was short three cards - Lee, Shinnosuke Abe and Alex Ramirez.  Each card has a studio shot of the player.  BBM's Giants team sets frequently had a similarly themed subset before 2015.  Here's a couple sample cards: 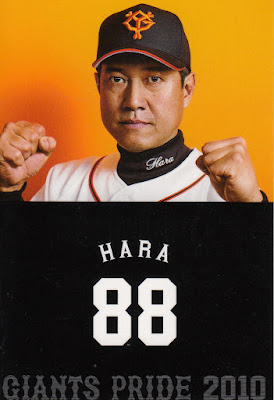 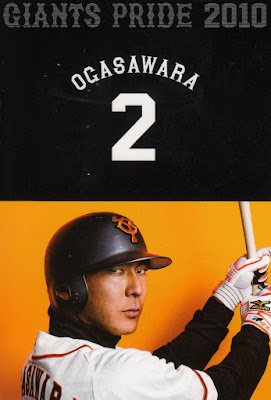 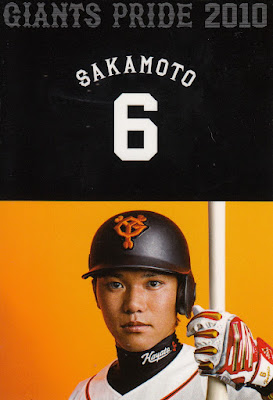 One interesting aspect of these cards is the photo on the back.  Every card except one shows a close up of the player's hand or hands.  Most of the pitchers are shown gripping a baseball although a couple simply have their hand in their glove.  The batter's hands are shown gripping bats.  The back of Hara's card shows a clenched fist.  The one exception is pinch running specialist Takahiro Suzuki.  The back of his card shows one of his feet: 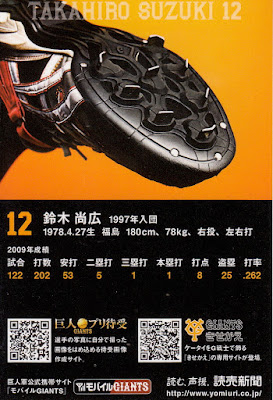 So a big thank you to Dan for his generosity.  These were a great addition to my collection of team issued cards.
Posted by NPB Card Guy at 9:43 PM

Great write up. I love the studio shots that included the ball grip or equipment. I kept the Lees and gave the other two missing cards from each set to Ryan.

I really like the look of the Giants Pride set. The backs are truly unique. Very cool that they'd give you a close up on Suzuki's feet since he's a pinch runner. Now that's creative.

Not a bad design.