Lurking in the package that Ryan sent me a few weeks back were a bunch of postcards.  I wasn't sure what they were at first but a little investigation showed that they were published with issues of Shukan (Weekly) Baseball magazine.  A little more investigation showed that most of the cards were published in 2006 - it was the first year that the Swallows were the "Tokyo Yakult Swallows" and the last year Michihiro Ogasawara was with the Fighters.  Each of the 2006 postcards have a "60th Anniversary" logo on them - 2006 was the 60th Anniversary of Baseball Magazine Sha, the magazine publishing house responsible for BBM baseball cards and Weekly Baseball magazine. 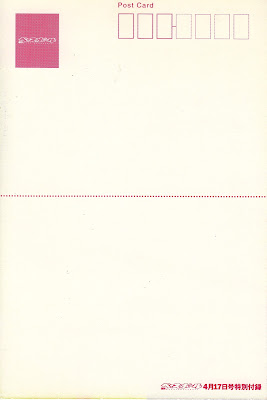 The line on the bottom right of the card says that the postcard was a Weekly Baseball issue and gives the cover date of the magazine that the postcard was published with (April 17th in this case).  I have two postcards for each date on the backs of the postcards I have but I don't know if they were issued in pairs - I've seen other postcards for sale on Yahoo! Japan Auctions that have similar designs to some of the ones I have so it may be that there were more than two published at a time.

The February 13-20th issue had these two postcards: 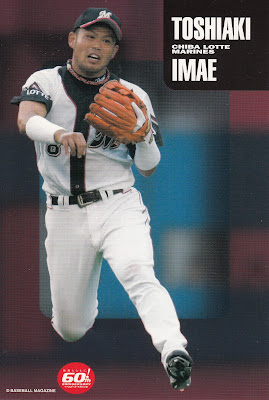 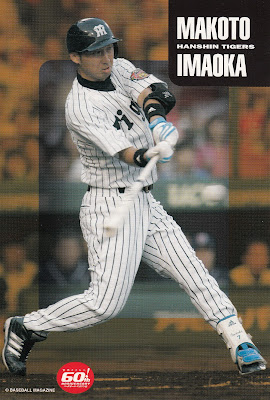 These were included in the April 17th issue: 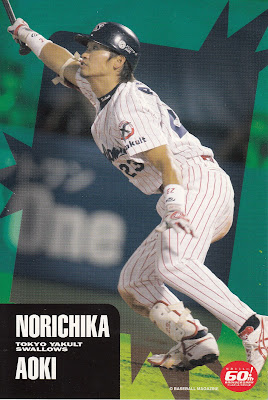 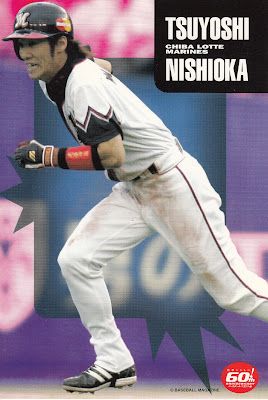 The June 12th issue had these two postcards: 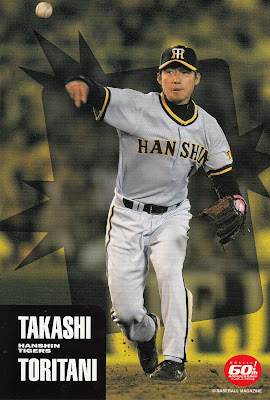 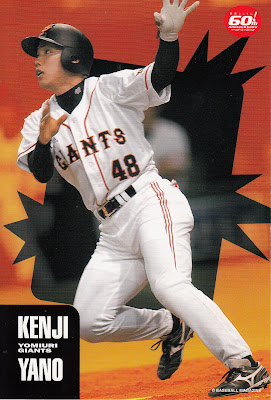 The September 11th issue had postcards for "stoppers": 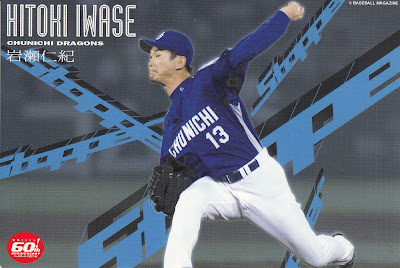 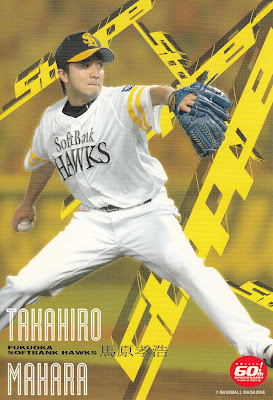 These two postcards came out with the November 13th issue - Ogasawara was no longer a Fighter at this point, having signed with the Giants on November 5th: 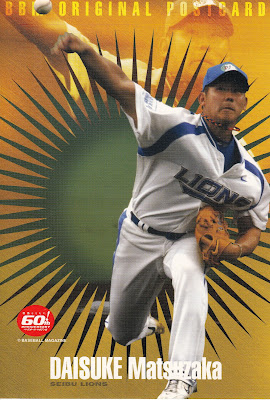 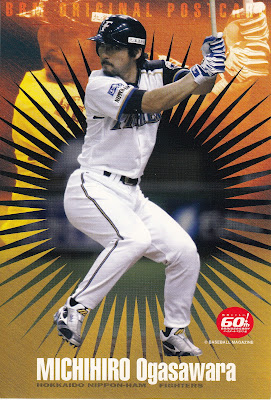 Ryan also included a couple of post cards from the December 29th, 2008 issue, wishing all their readers Season's Greetings: 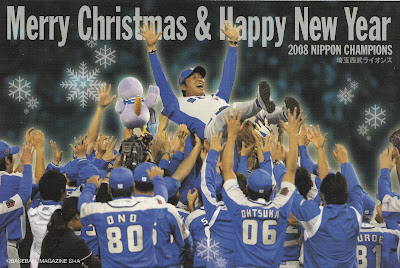 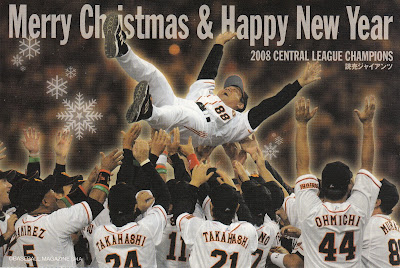 Oh neat, I've never seen contemporary (to the extent that 14 years ago is contemporary) baseball card postcards like that.

It would be cool to actually send those to someone. Er, I mean send them as postcards with stamps and messages on them. My understanding is that among postcard collectors "Postally used" ones are more popular.