Another one of the sets that I received last week was the 2008 BBM Hiroshima Memorial set. This set commemorates the closing of Hiroshima Municipal Stadium last September. It's a boxed set containing 45 cards plus a parallel/photo/autographed/memorabilia card (as usual, I got an opened set, so I didn't get the extra card).

The set features a three card "History" subset which has cards for the first and last games at the ballpark and a card highlighting all the All Star games played there; a six card "Victory" subset with one card each for the six Central League pennants the Carp have won while playing at the park; an 18 card subset featuring OB players; and an 18 card subset featuring 2008 Carp players, all of whom are wearing turn-back-the-clock uniforms.

The OB players subset is a little different than the usual OB player subsets in the recent Anniversary sets. Each of the 18 cards features an event that occurred at the ballpark and a player associated with it. Some of the events include Yoshiro Sotokoba's perfect game in 1968, Sachio Kinugasa passing Lou Gehrig's record for consecutive games played in 1987, Shinji Sasaoka's nohitter in 1999 and Kenjiro Nomura's 2000th hit in 2005. 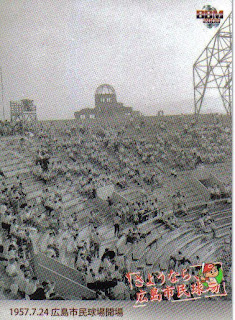 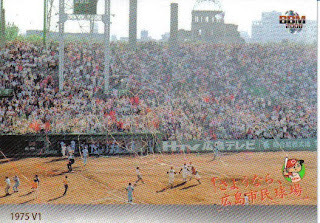 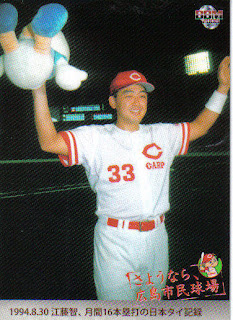 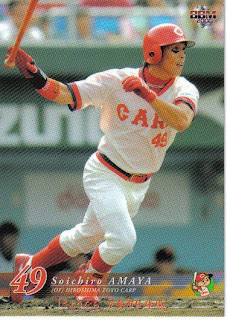