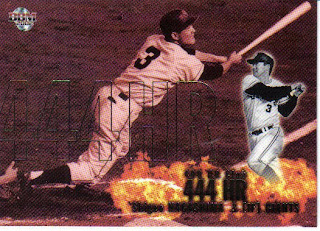 Number 12 on the list, but number one in the hearts of many fans is Mr. Giants, Shigeo Nagashima. I will leave a description of Nagashima's place in Japanese baseball for others but think of the way baby boomers think of Mickey Mantle, only more so. (In fact I would bet that a really interesting sociological thesis comparing Mantle's and Nagashima's roles in the post-World War II culture in both countries could be written.)

Anyway, Nagashima had 444 career home runs, all while playing for the Yomiuri Giants from 1958 until 1974. Here's a smattering of his cards: 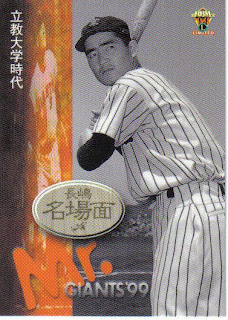 A Doyusha "4-in-1" bromide from 1960. Nagashima is on the lower right (obviously). (That's Kazuhisa Inao in the upper left and Tetsuya Yoneda in the lower left): 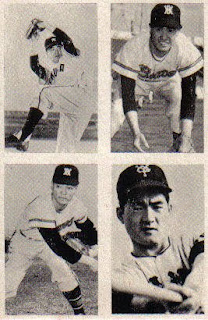 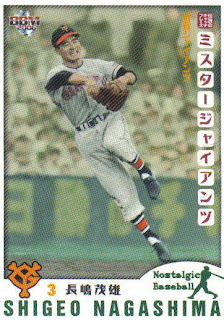 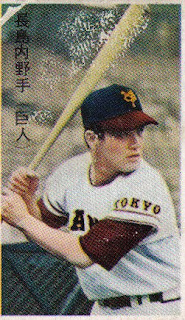 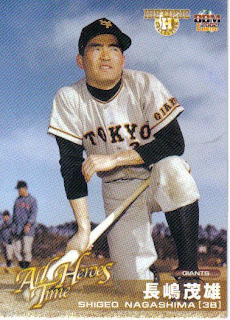 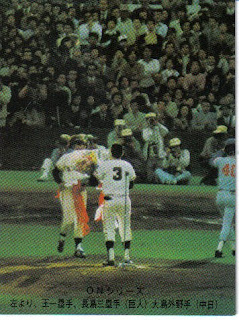 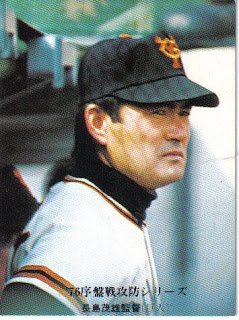 Rob Fitts has a gallery of cards here.