I had mentioned in a post a while back that I had picked up a lot of what I thought were old postcards on eBay featuring pictures of Japanese players from the 1960's.  I had somehow gotten the impression that they were produced by a guy named Mel Bailey in 1966.  Bailey's one of the forefathers of Japanese baseball card collectors - I don't know a lot about him (I don't even know if he's still alive) but he was a serviceman stationed in Japan in the 1950's and/or 60's and he is credited with importing the Kabaya-Leaf set to the US in 1967.

I got a comment on that post from Ralph Pearce, who is another of the pioneers of the hobby.  He published a news letter in the early 1990's called "The Japanese Baseball Enthusiast" which I think I really should get my hands on.  Mr. Pearce pointed out that while Mel Bailey did produce postcards during the 1960's of Japanese players, he also reprinted them during the 1990's.  The original ones were printed on Mitsubishi paper but the ones from the 1990's would be on Kodak paper.  Alas, all of mine are on Kodak paper so they are less than 20 years old.

I hadn't looked at any of these in a while so I thought I'd do a quick post on them.  There aren't a whole lot of Japanese baseball cards from the period between when the "tobacco-style" menko cards stopped (1964) and Calbee started doing cards (1973).  The Kabaya-Leaf set is the best known set from this period and there were a couple other one-off odd little sets that are pretty rare.  So a set of postcards from this era fills a bit of a void.

The inclusion of the Kaneda cards was one of the big attractions to me for the lot.  There aren't very many cards of Kaneda with the Giants, despite the fact he spent about a quarter of his career with them.  The only ones I have are from the "Retired Number" subset from the 2001 BBM set and the 2009 BBM Legends set, although he's in the Kabaya-Leaf set with the Giants and a few of those other rare 1965-1972 sets.  Kaneda doesn't show up in BBM's OB sets very often - he didn't even make it into the 2004 Giants 70th Anniversary set.  One of the cards is a great shot of Kaneda, the other one...not so much: 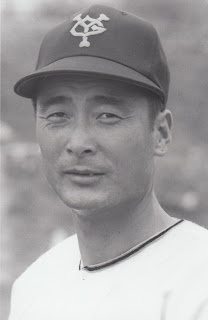 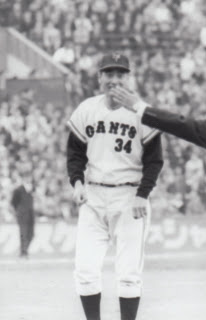 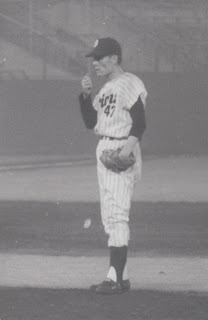 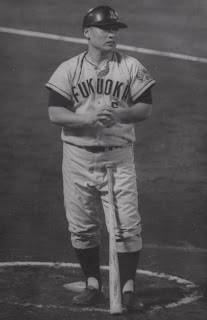 A couple other examples - Nomura (another guy who doesn't show up in the BBM OB sets very often) and one of the Ohsugi cards: 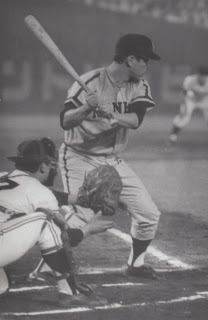 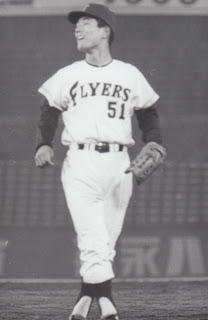 UPDATE:  Ralph Pearce sent me an email saying he'd found an article written by Paul Margiott in Philip Block's mid-90's newsletter (called "Yakyu") that said that Bailey had used both the Mitsubishi paper and the Kodak paper in the postcards in the 60's so it's possible that these postcards are from the 1960's after all.
Posted by NPB Card Guy at 1:58 PM