The big news out of Japan last week was the trade between the Hokkaido Nippon Ham Fighters and the Orix Buffaloes that sent star outfielder Yoshio Itoi and 2006 Pacific League Rookie Of The Year Tomoya Yago to the Buffaloes for Hiroshi Kisanuki, Keiji Obiki and Shogo Akada.  It has been speculated that the fact that earlier last week Itoi had requested that the Fighters post him probably factored into Nippon Ham's decision to trade him. 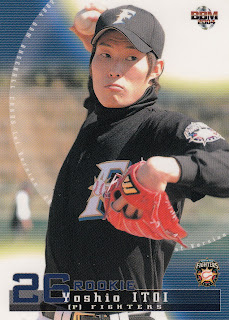