Card Of The Week November 24

The Hanshin Tigers signed former Samsung Lions pitcher Seung Hwan Oh this past week.  Oh is expected to step into the closer role vacated by Kyuji Fujikawa when he left for the major leagues a year ago.

As far as I've been able to tell, there's only been two cards ever produced for Oh.  He's played on the Korean team for all three World Baseball Classics, but he's only appeared in one WBC set - the 2009 Konami Baseball Heroes set (#W09R118): 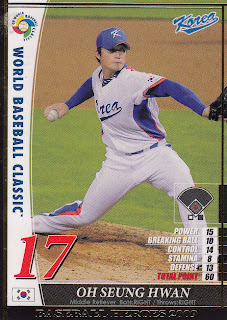 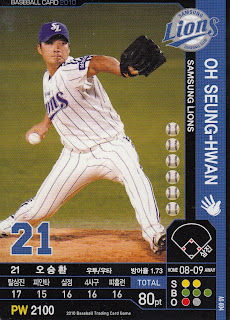