Card Of The Week February 3

Masanori Murakami, who was the first Japanese player in the majors back in 1964, has been named a Goodwill Ambassador by the United Nations High Commission for Refugees .  He is the first former athlete to be so named. 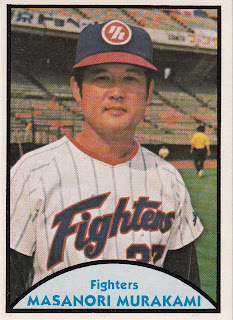