My copy of Dan Skrezyna's latest Vittum "Foreign Attack" set arrived at my house on Monday, the same day that my JAUCE order showed up.  Since the officially licensed KBO baseball card sets don't include the foreign players, Dan's been doing these sets for the last few years to fill in the gaps.  Each set has featured all the foreign players in the KBO for a given season and the new set is for 2019.

The set contains 39 cards - 38 player cards plus a checklist card.  Dan's done his usual fine job of coming up with an attractive card design.  Here's an example front and back of a card: 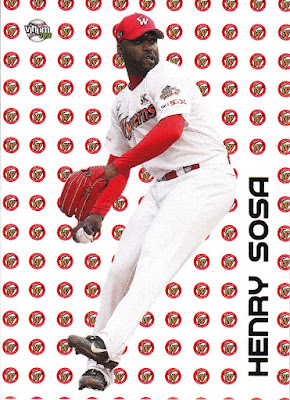 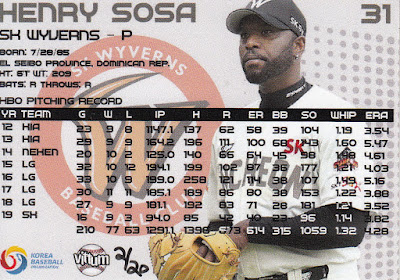 Dan only had 20 sets printed up and has hand numbered the backs of each card in the set.

Dan has a placeholder for the set over at the Trading Card Database and I assume he'll be adding the checklist and card scans pretty soon.  I don't know how many sets Dan has left so if you're interested in picking one up I would recommend you contact him as soon as possible at either his blog or his Twitter account.