Had a couple things I thought about doing for Card Of The Week this week and I couldn't decide which one to do so I did all of them...

Inter-league play wrapped up this week and surprisingly the Orix Buffaloes had the best record.  The Inter-league MVP was Yoshinobu Yamamoto.  Here's his card from the 2019 Calbee Series Three "Exciting Scene" subset (#ES-04): 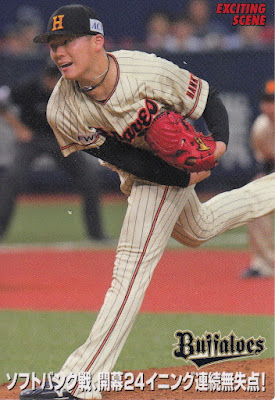 There was a trade last week between the Marines and Dragons involving two players with the last name "Katoh".  Lotte sent Shohei Katoh to Chunichi for Takuma Katoh.  Shohei Katoh homered in his first at bat on Friday with the Dragons and became the first player to ever do that for two different teams.  He had homered in his first at bat with the Marines back in 2013.  Since I don't have a card of him with the Dragons yet, I decided to show a card of him with Rikkio University back in his college days (2012 BBM Tokyo Big Six #17) Except it turns out that's not him.  That's a different Shohei Katoh - the Marines/Dragons Shohei Kato went to Jobu University (cue the Major League jokes).  Here's his card from the 2013 BBM Rookie Edition set (#74) (and thanks to @cbjm262 for pointing out my mistake): 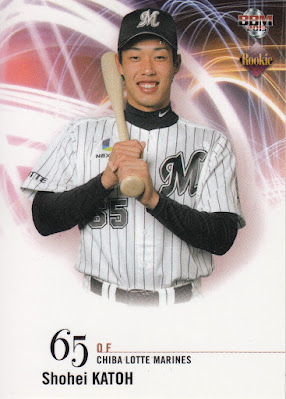 Finally I don't usually mention milestones on the blog but I couldn't help but notice that this is the 700th "Card Of The Week" post I've done.  I did the first one on December 2, 2007, shortly after I started writing the blog and I think I've only missed two weeks since then - one of those was when I had my first back surgery in August of 2014.  I thought I'd mark the occasion with a card celebrating Sadaharu Oh's 700th home from the set celebrating his career that BBM did in 2009 (#43): 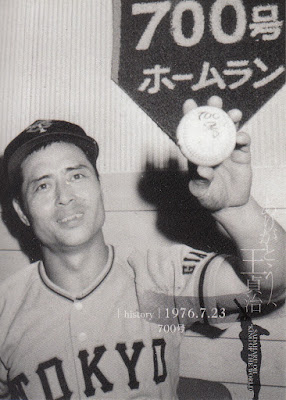 Wow, congrats on the 700th card of the week!

When you get close to #868 you should do a countdown or something!!