As I mentioned yesterday, I recently got a big package of Japanese baseball stuff from Deanna Rubin that included a bunch of baseball cards.  A fair number of the cards were team issued cards so I thought I'd do a quick post about them.

First up is a couple cards from the Chiba Lotte Marines:

I think this 2013 oversized (roughly 7 1/2 inches by 5 1/2 inches) card of Katsuya Kakunaka was issued with a meal bought at a Lotteria stand at Chiba Marine Stadium: 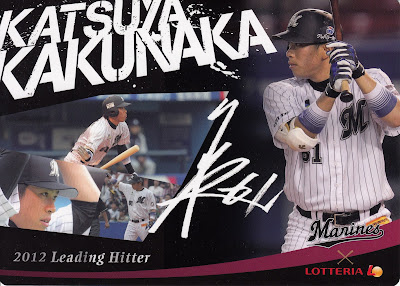 I know this oversized (5 x 7 inch) card of Taiga Hirasawa from 2019 is from a Lotteria meal because I got a similar card of Tatsuhiro Tamura with the meal I bought there that year: 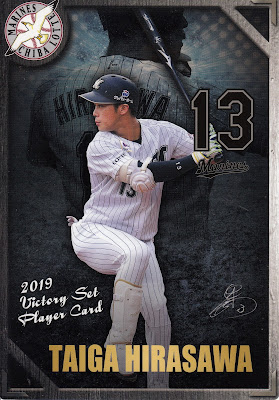 Next from the Hokkaido Nippon-Ham Fighters, this 2009 card featuring Atsunori Inaba - I've never been really sure if cards like this should be considered issued by the team or the Lawson convenience stores: 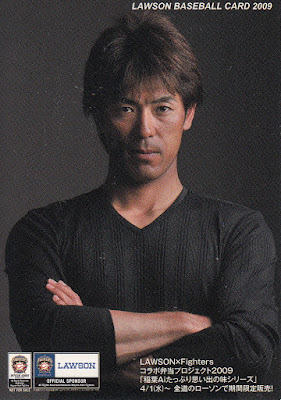 From the Orix Buffaloes is this 2008 card of then-manager Daijiro Ohishi.  Based on the back of the card, I think it was given away at the team's fan fest in November of that year: 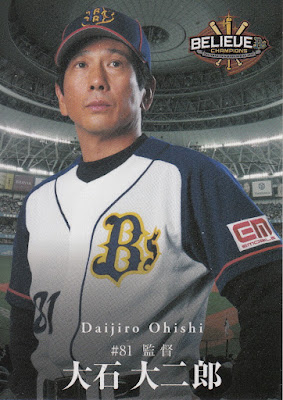 Deanna sent me a couple cards from the Yomiuri Giants.  She sent me these two "Pitchers Day" cards from 2008.  Each card was issued in a silver pack - I assume these were an SGA issue: 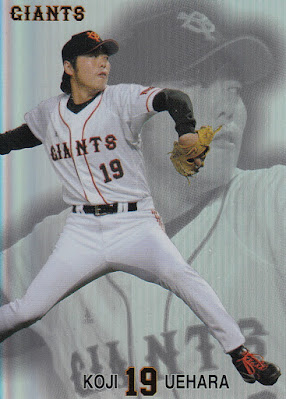 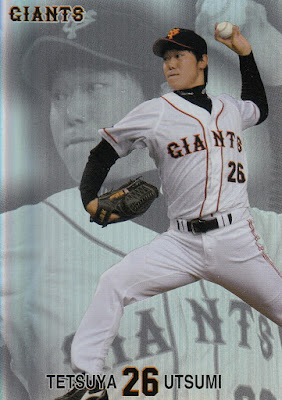 She also sent me two "Players Day" cards - one from 2008 (Seung Youp Lee) and one from 2009 (Hayato Sakamoto).  These are kind of unique in that they are issued inside folders.  Here's the front cover of each folder and then the inside of the folder with the card still embedded in it.  I'm sure you'll notice that the design of the Lee card is the same as the "Pitchers Day" cards: 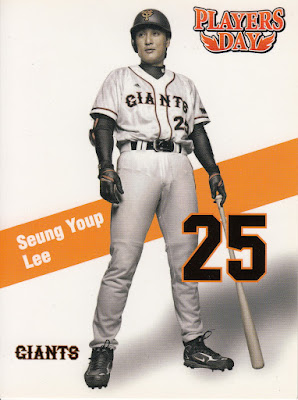 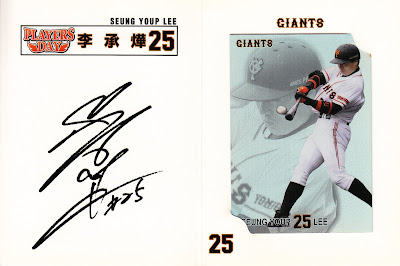 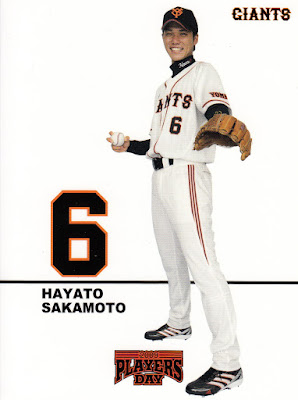 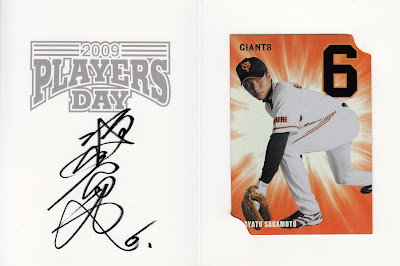 Deanna knows that the Lions are one of my favorite teams so half of the team issued cards she sent me were from them:


I was quite happy to receive this last card.  Not only is Takeya Nakamura one of my favorite players, but this postcard sized card was given away with a "player's bento box" meal at Seibu Dome in 2019.  I had intended to buy one of those meals when I was at the Dome that season but I messed up - I didn't realize that the only place to buy the meal was outside the ballpark.  By the time I discovered this, I was already at my seat and didn't feel like fighting the flow of Carp fans coming into the park to make my way back out (with a hand stamp for re-entry): 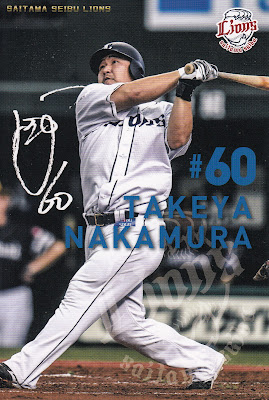 Thanks for the cards, Deanna!
Posted by NPB Card Guy at 10:28 PM