I have been asked from time to time if there are any baseball cards for the corporate league teams in Japan.  For those who don't know (and those who do also), the corporate (or industrial) league teams are "adult amateur" baseball teams that are run by corporations such as TDK, JR East, Nippon Life and ENEOS.  The players for the teams are employees of the corporations and, as the "amateur" label suggests, they aren't considered professionals but I think it's pretty much the case that their job with the company is playing baseball.  Many NPB players have spent time in the corporate leagues - it's not unusual for a player to play there for a year or two after graduating high school or college.  For example Hideo Nomo spent a couple years after graduating from high school playing for Nippon Steel before being drafted by the Kintetsu Buffaloes.  It's also not unusual for a player to have a long career playing in the corporate leagues and never turning "pro" - Masanori Sugiura spent ten years playing for Nippon Life and resisted numerous attempts to recruit him by professional teams.

Getting back to the baseball cards question...if you had asked me a week ago, I'd have said that I had never seen any baseball cards for corporate league teams.  But then I got that box of stuff from Deanna Rubin that I've been talking about.  Amongst the baseball cards was a silver packet containing five baseball cards from the Mitsubishi Hitachi Power Systems (MHPS) team.  Here are the fronts and backs of all five cards: 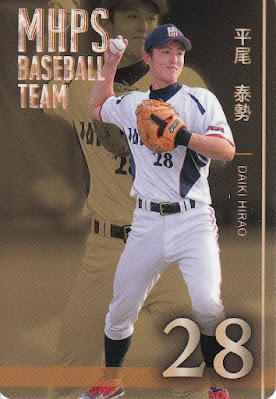 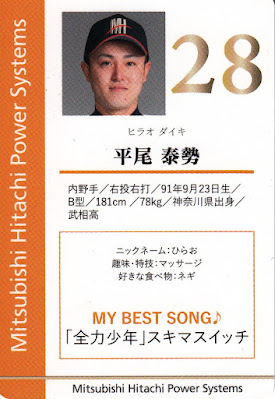 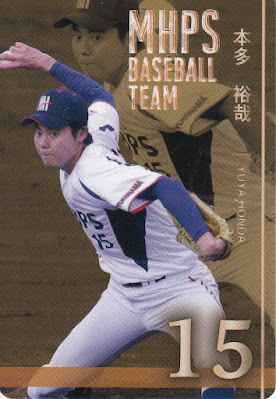 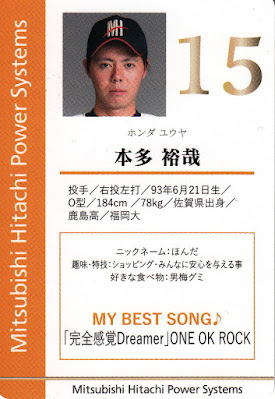 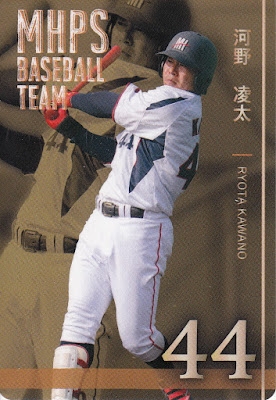 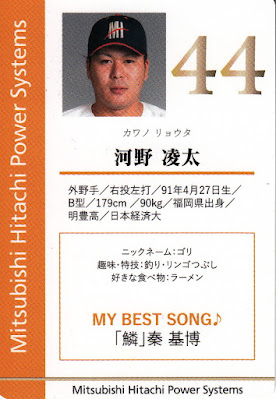 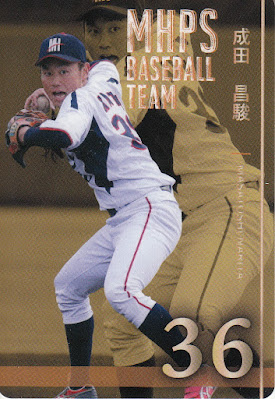 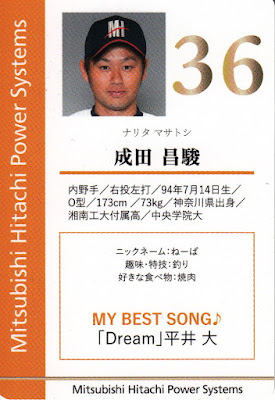 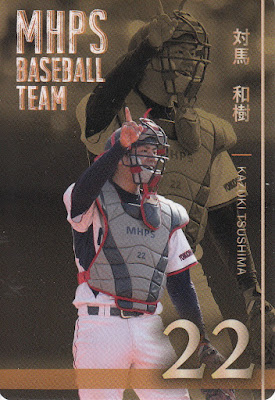 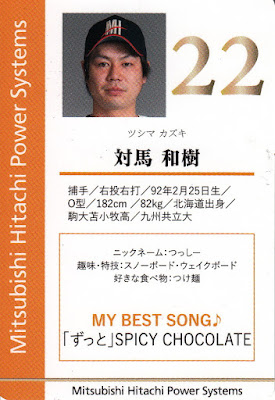 The cards are a little smaller than the standard 2 1/2 by 3 1/2 inches and have rounded corners like playing cards.  None of the five players have ever played in NPB and it looks like Tsushima is the only one still on the team (which is now called Mitsubishi Heavy Industries East).  (There's a Ryota Kawano with the Seibu Lions but he's 10 years younger than this player.)

Now that I know cards exist for corporate league teams, I'll keep my eyes open for any others.  I did some searching through Yahoo! Japan Auctions today but I didn't find anything.  It's a bit difficult to come up with good search terms though so maybe I just haven't thought of the right one yet.

Thanks again to Deanna for sending these cards my way!