Despite already having the complete 2008 BBM 1st Version set, I took advantage of an opportunity to pick up a couple Light Packs from the set cheap on Ebay last week.  Since the only Light Packs I've ever opened before are from 2003, I thought it would be interesting to see what BBM did with them in 2008.

Each pack contains four cards, one of which is a parallel card.  The parallels are some sort of silver foil - I assume that they are the only possible parallels for the packs but I don't know that for sure.  There's a two card insert set available in the Light Packs that (assuming again) is not available in the regular packs.  I didn't get one so I don't know if it would replace the parallel card in the pack or if it's possible to get both an insert and a parallel card in the same pack.

Here are the cards I got in the packs: 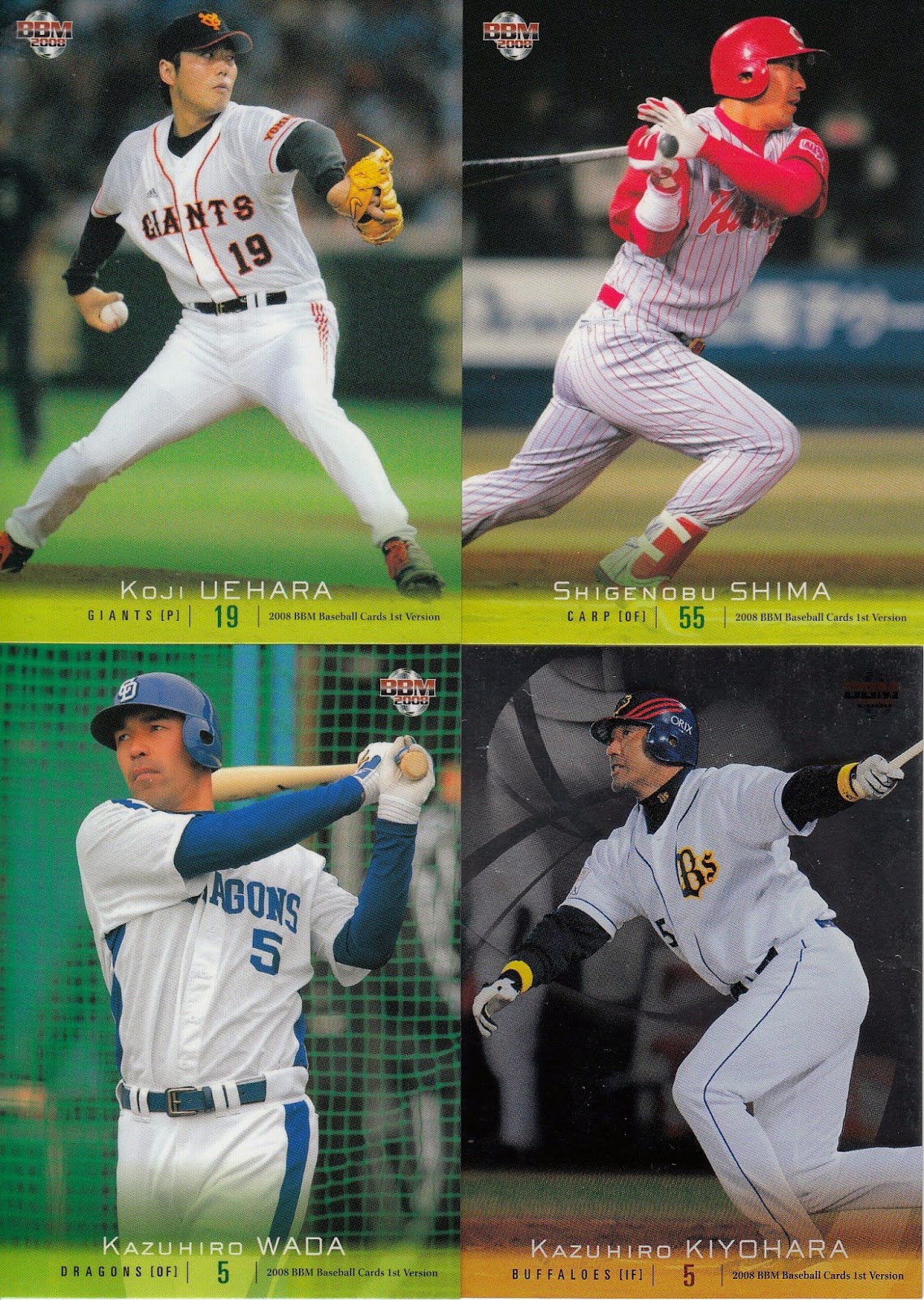 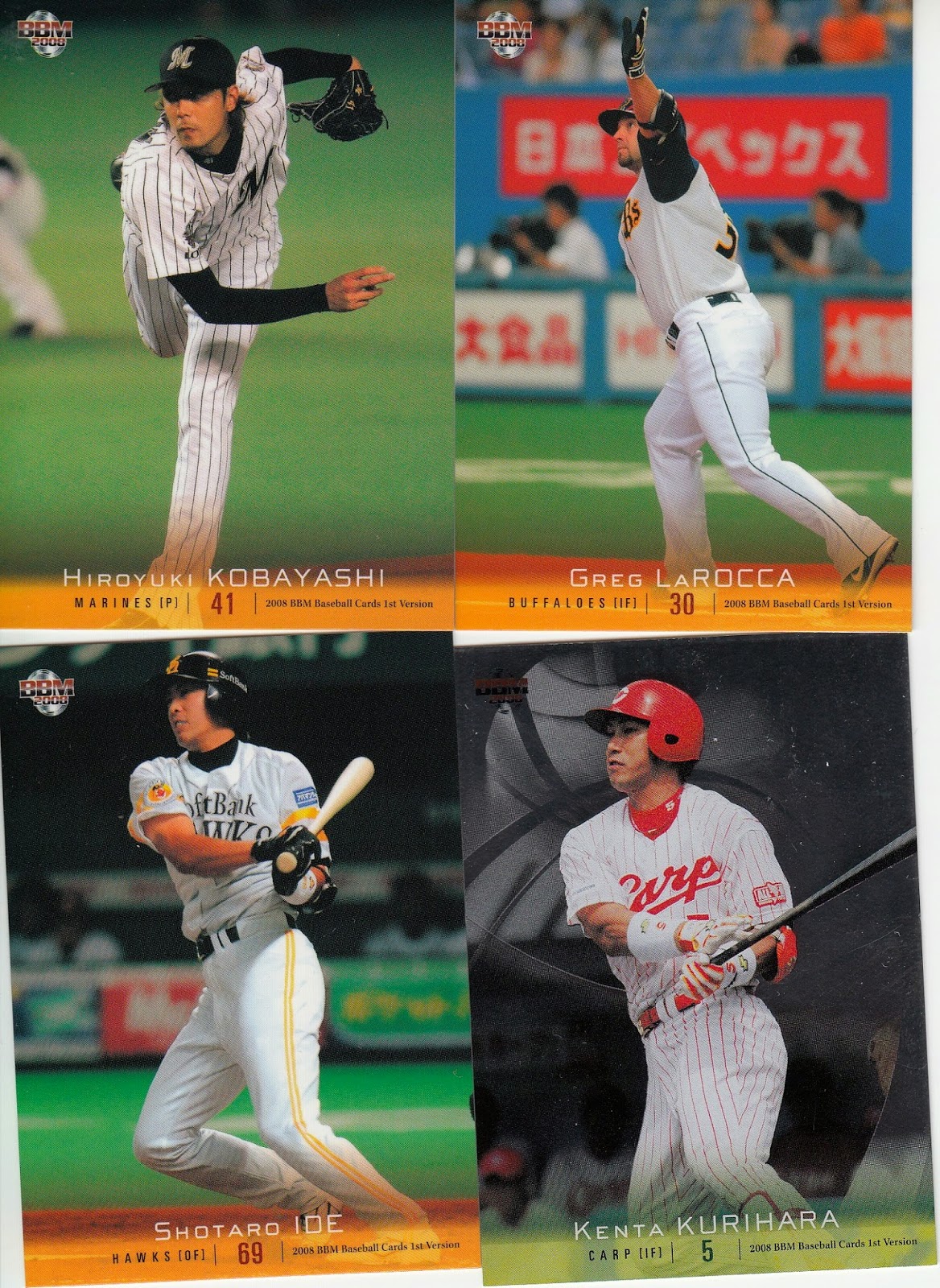