The 1968 Jintan Gum Giants Trump set (JGA 137) is a very rare set.  When I say "very rare", what I mean is that Engel gives it a scarcity factor of "R5" which means that there are only 3 or fewer known copies of most cards in the set.  In fact, this particular set is so rare that Engel mentions that only one complete set had been seen of it.

Until earlier this month, when another set showed up on Ebay (I am assuming that this is not the single complete set that Engel mentioned but that may not be the case).

What makes the set interesting is that there are very few known cards sets between 1964 (which was essentially the end of the menko era) and 1973 (the birth of Calbee).  This is one of the few that were produced in that void.

There were 54 cards in the set which basically is a standard deck of cards (with two jokers) with the picture in the middle of the card.  All the cards show either Giants players or coaches (plus a card of Korakuen Stadium).  All of the King cards are Shigeo Nagashima, all of the Queen cards are Sadaharu Oh and all of the Jack cards are Isao Shidata.  Other significant people in the set are Tetsuharu Kawakami, Masahiko (Masaaki) Mori and Masaichi Kaneda.  Obscure Hall Of Famer Shigeru Makino has one of his few cards in this set - it's the only one that shows him as a Giants coach, which is the role that he became a Hall Of Famer because of.

I swiped the images from the auction to show here: 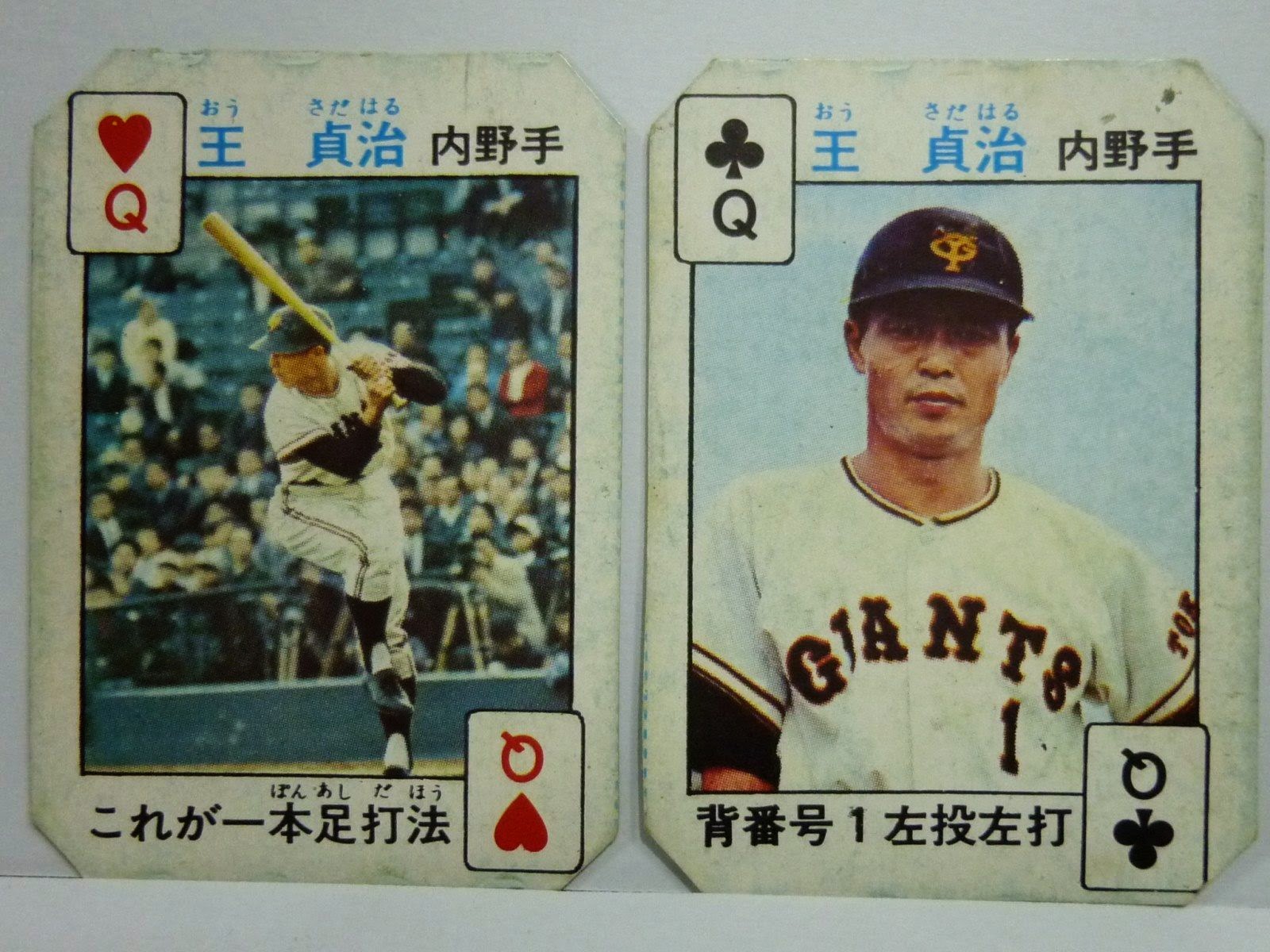 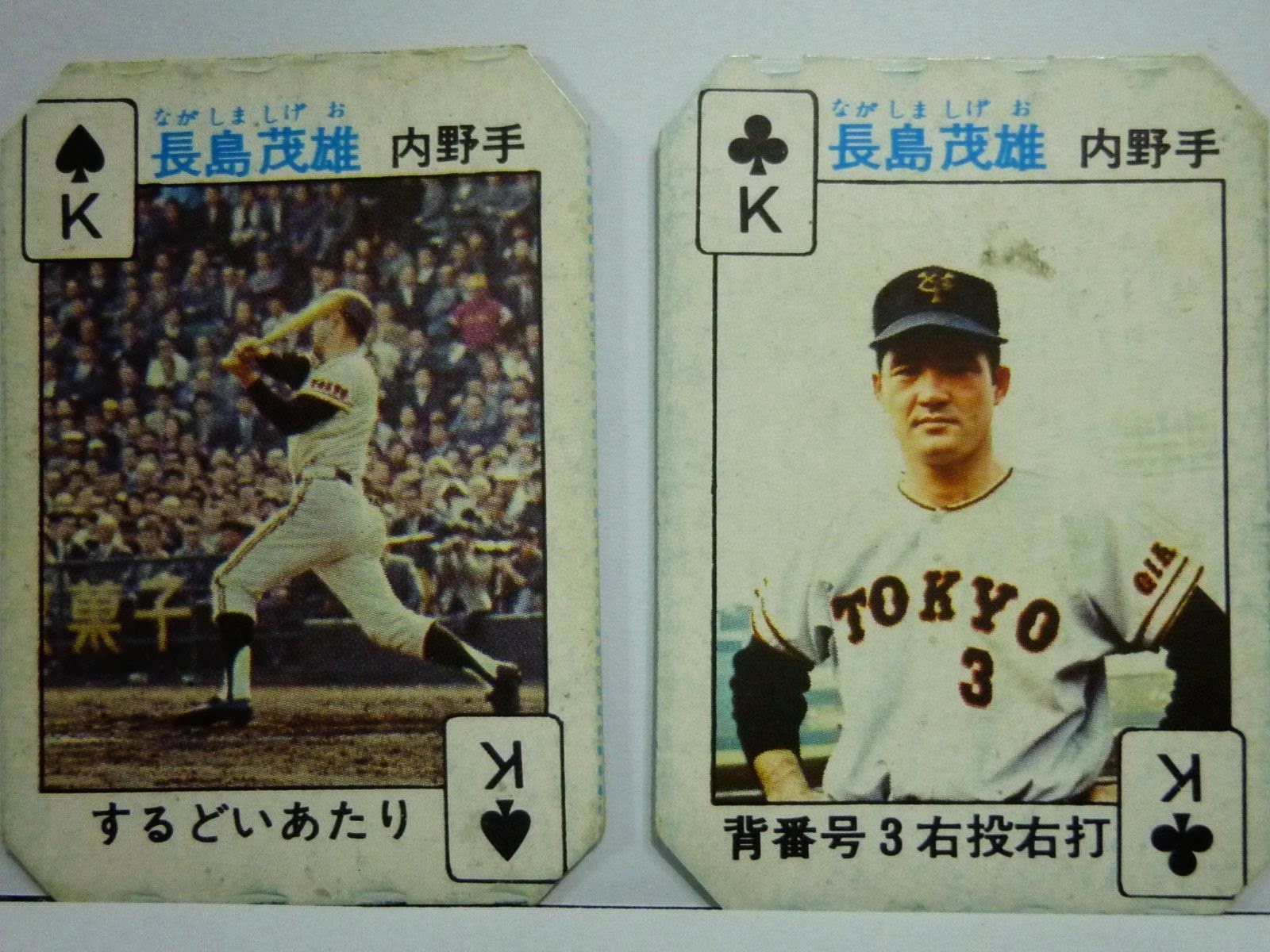 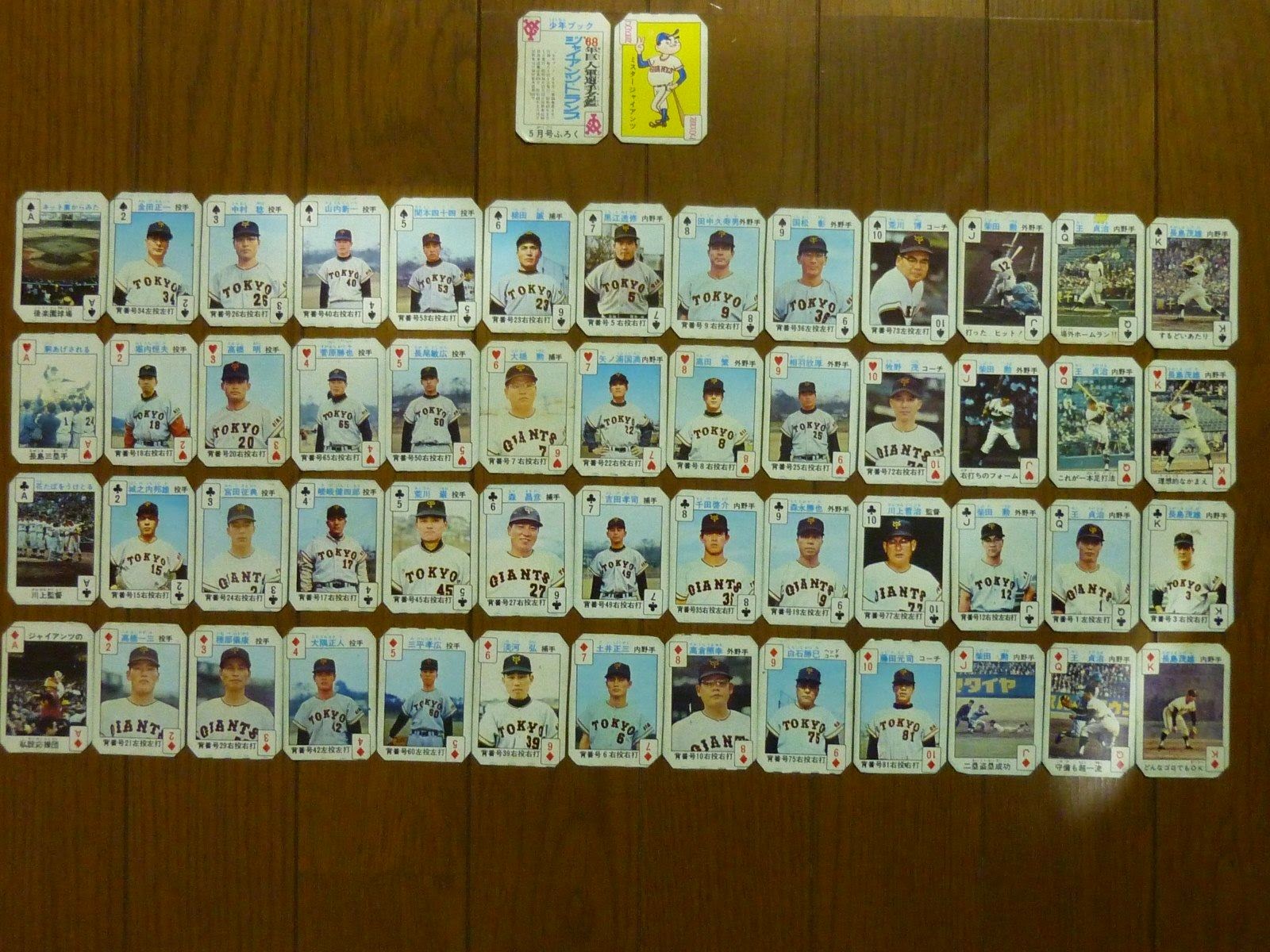 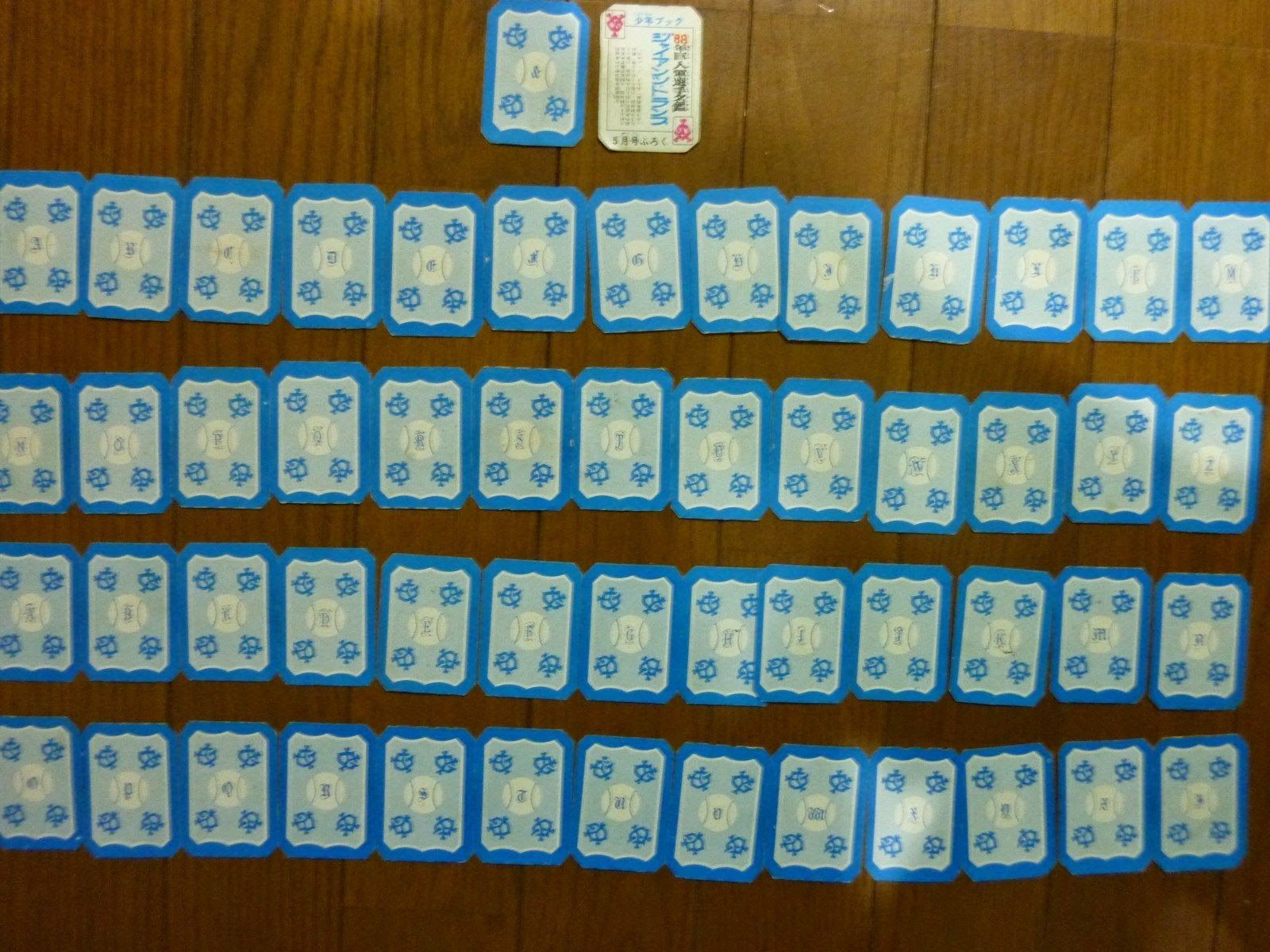 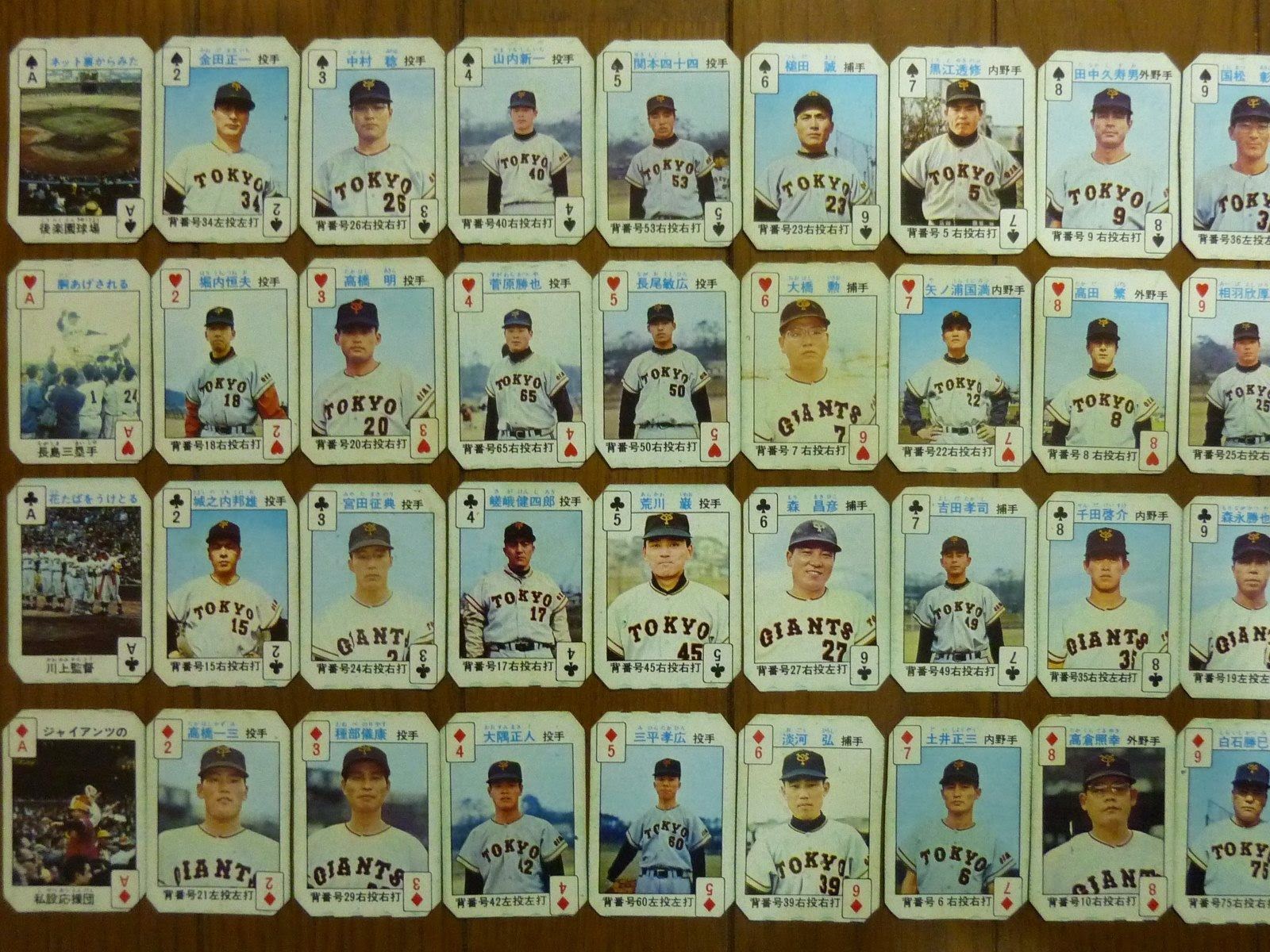 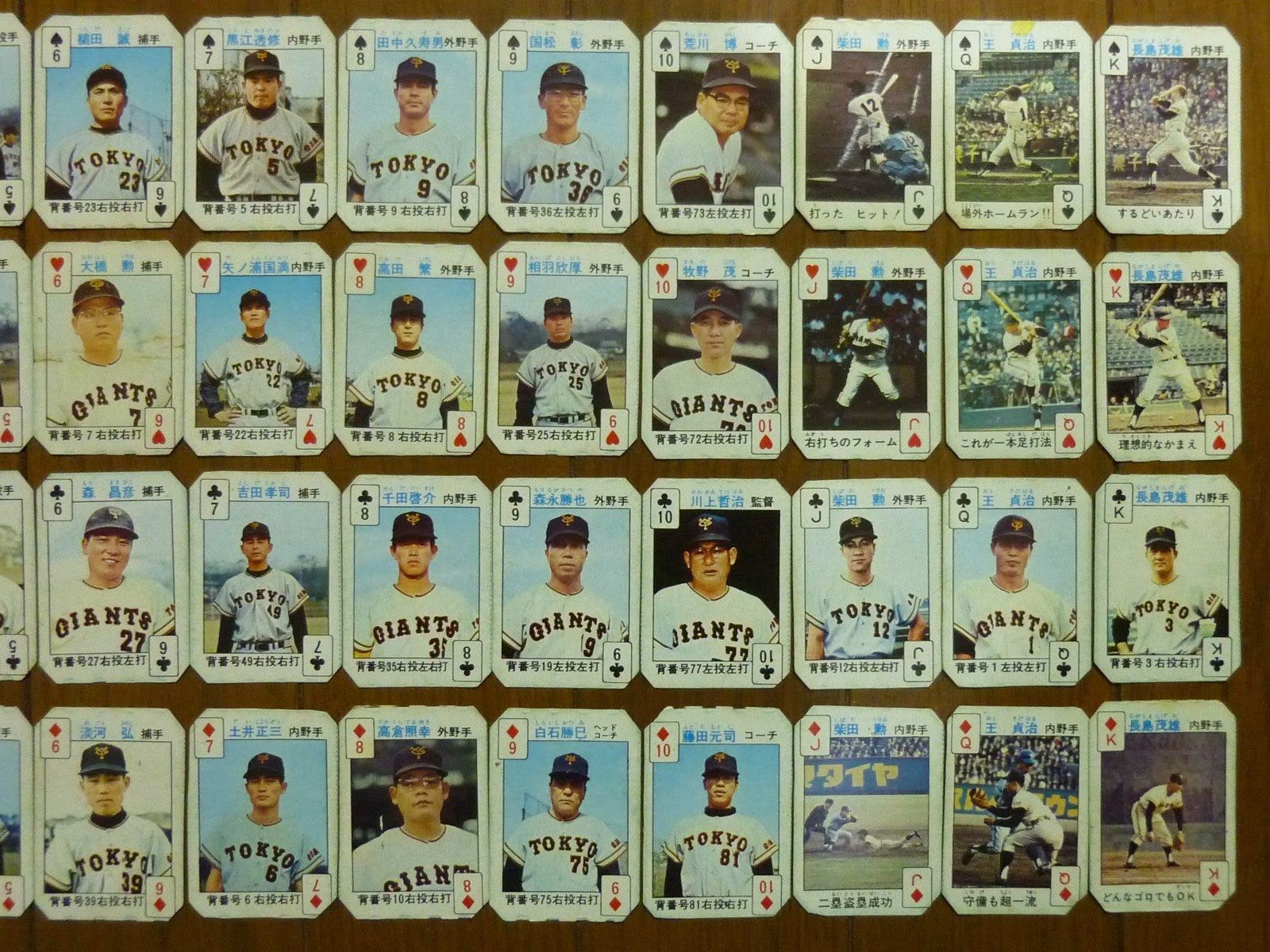 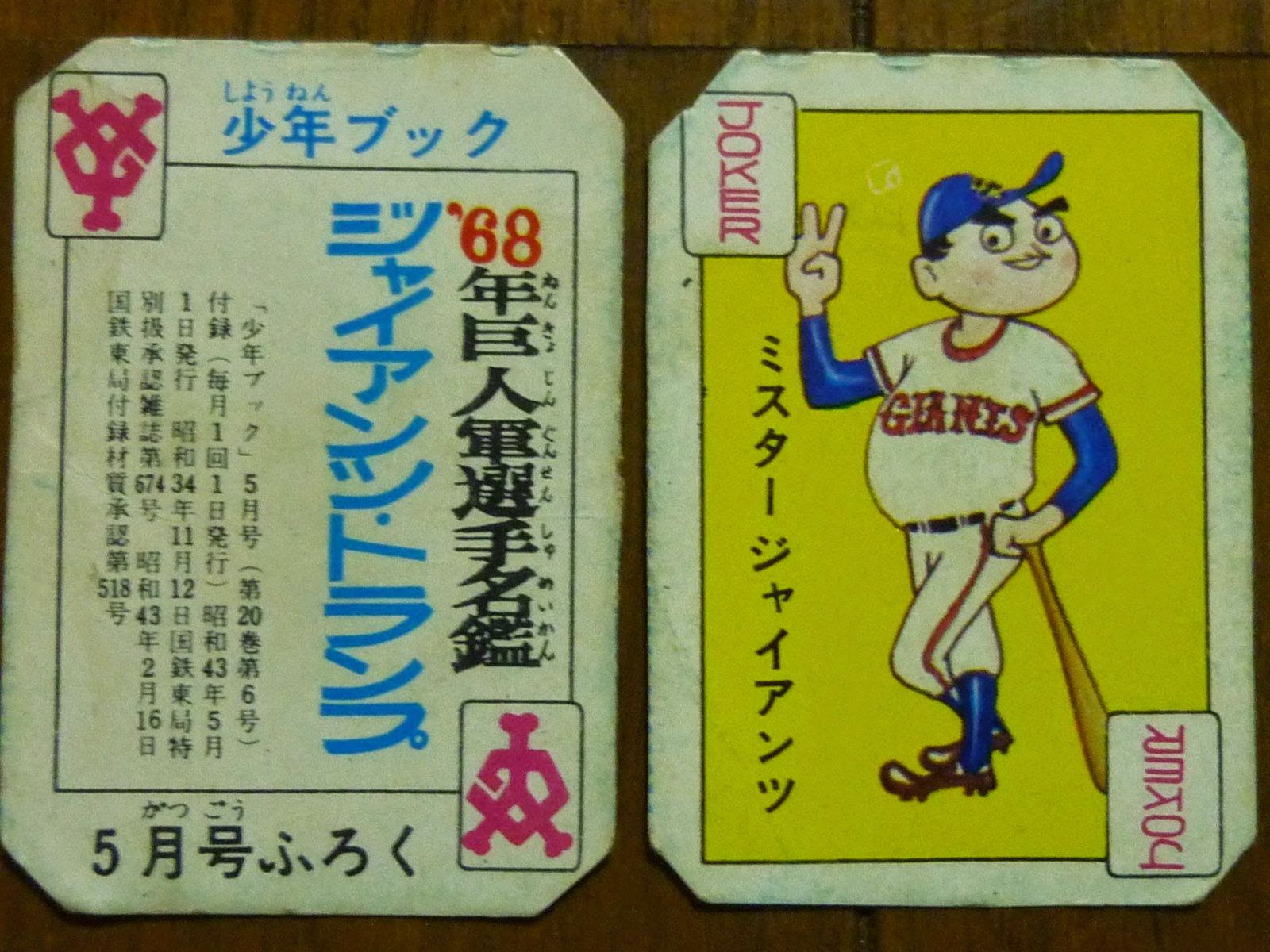 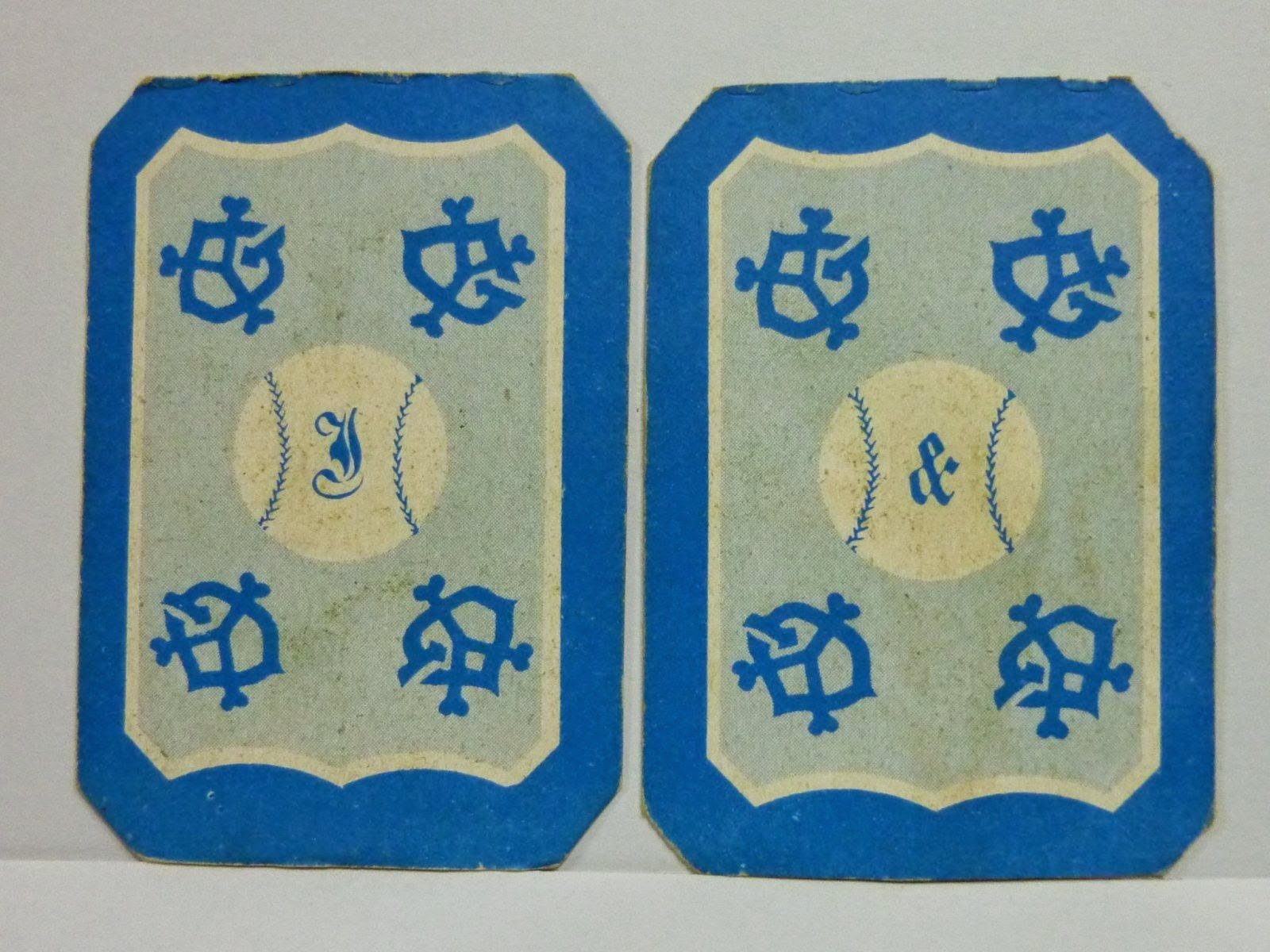 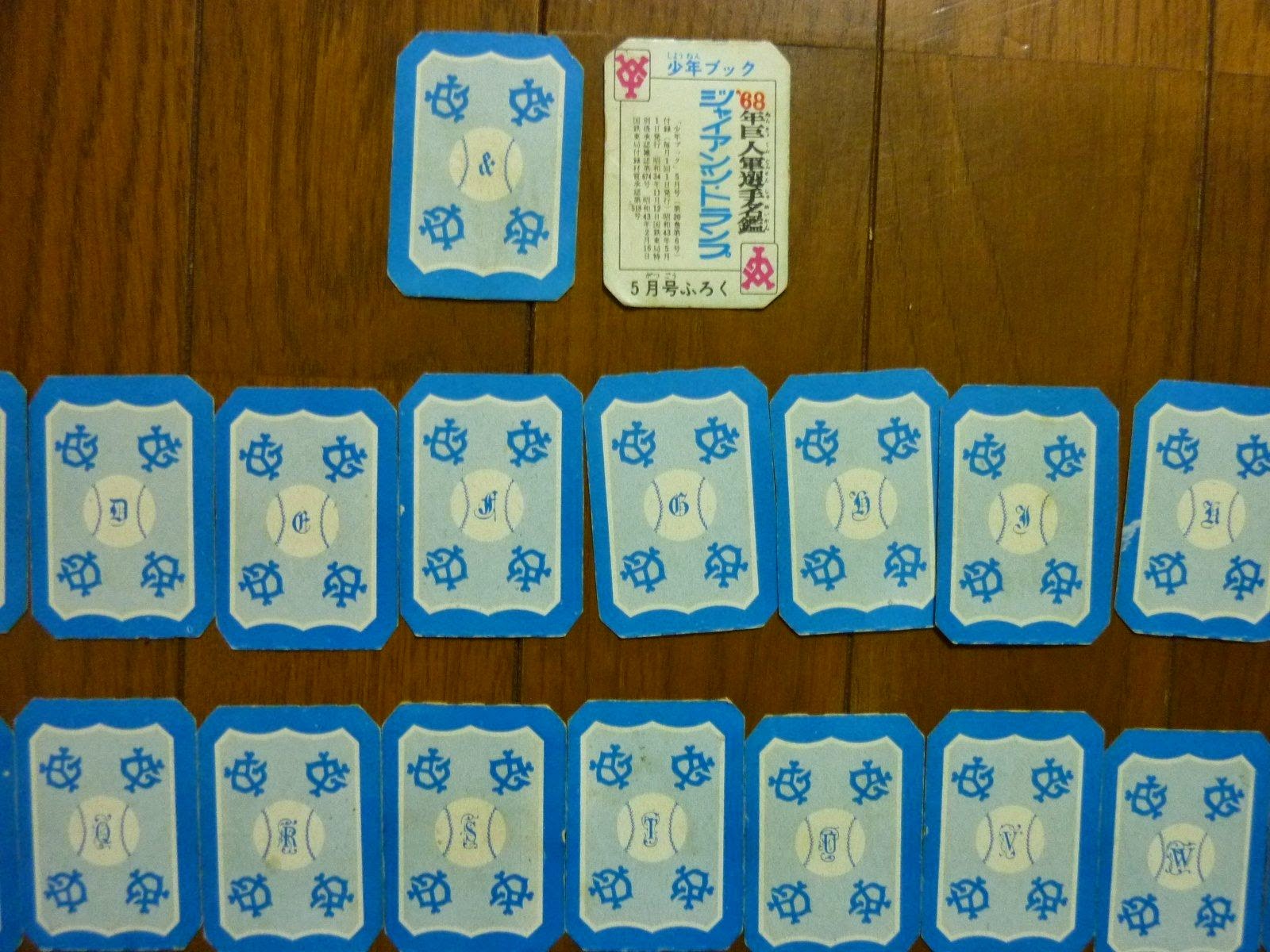 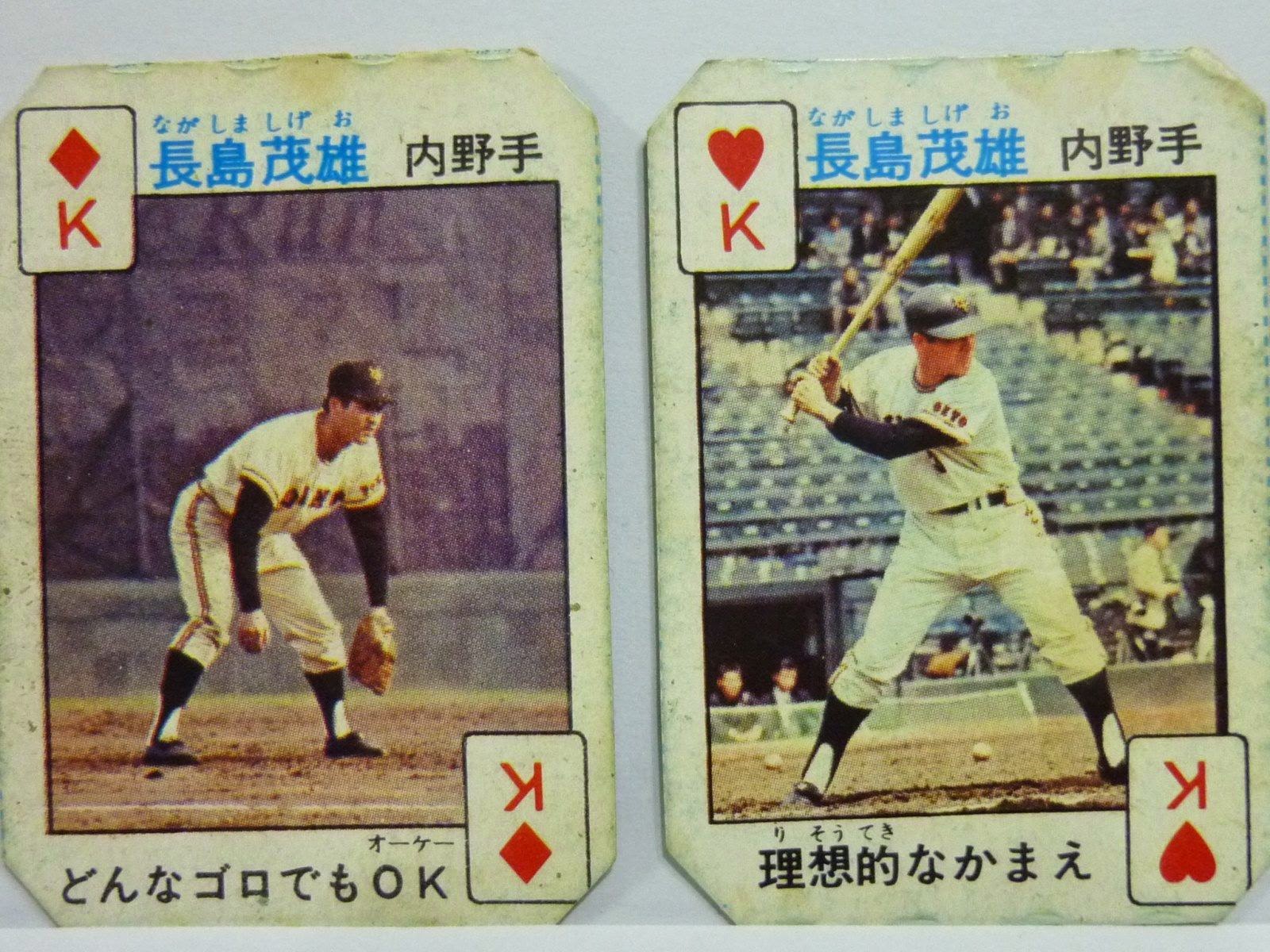 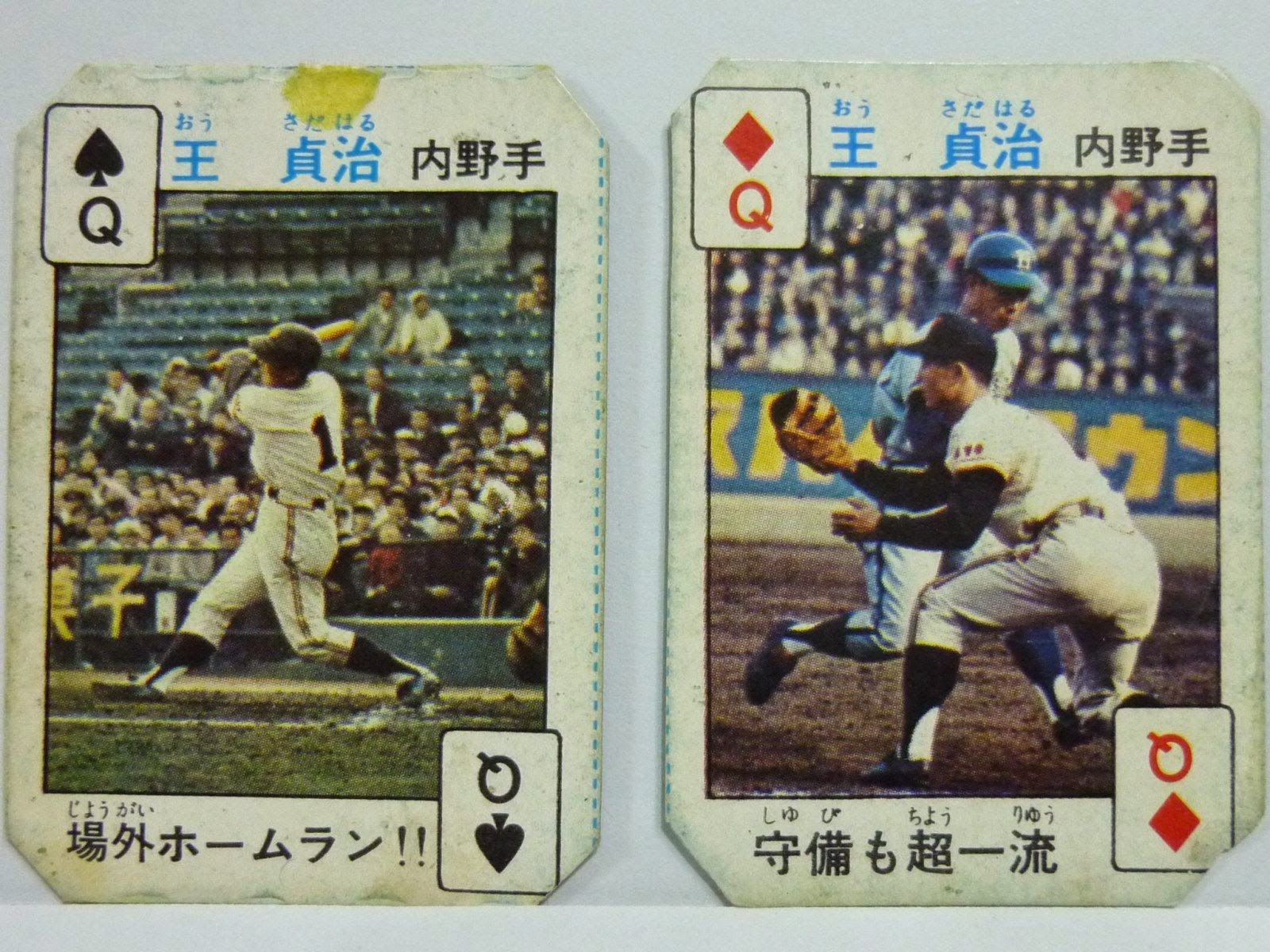 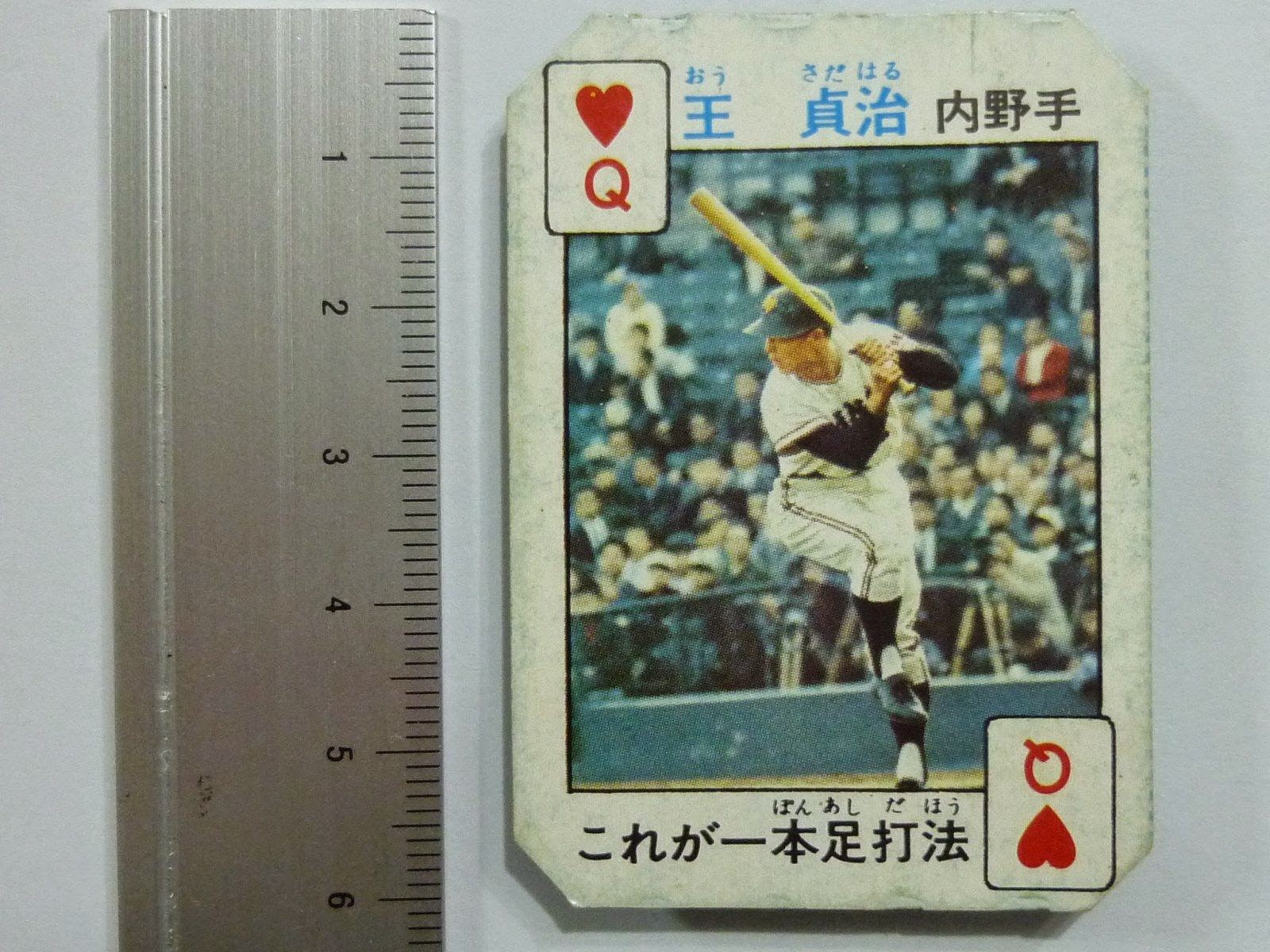 It is unfortunate that the corners of the cards were cut off.  I've seen this a lot with older Japanese cards, especially menko.  I wonder why that is.

I really like the look of this set, even if it's just a simple playing card set.

I wonder if the cut corners has to do with the way they're used. Menko cards are tossed and the corners would ding up pretty fast. Clipping might help keep the card intact with two obtuse borders instead of one 90-degree border. But that's just a guess.