Every so often I discover someone from MLB had played in Japan that I had not known about.  Most recently it was Matty Alou, who spent three years with the Lions in the mid-70's.  He has not shown up in any of BBM's OB Lions sets but he did have a card in each of the 1974/75 and 1975/76 Calbee sets.  Here's his card from the latter of those sets (#602): 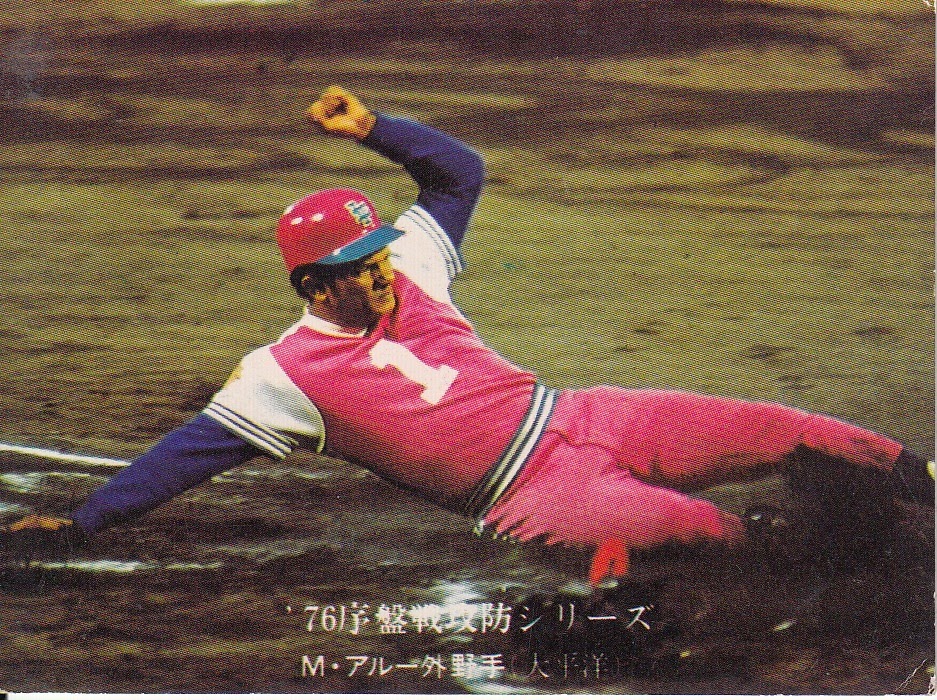 That is an awesome card featuring a god-awful uniform.

I've always thought that that was one of the ugliest uniforms in NPB history.