Korakuen Stadium, former home of the Yomiuri Giants (among others) opened in 1937.  As you might expect, the stadium originally had natural grass.  Artificial turf was installed at the stadium in time for the 1976 season.  I think it was the first ballpark in Japan to have artificial turf but I don't know that for sure.

One of the series in the monster 1975/76 Calbee set (#397-#464) appears to be devoted to league leaders and award winners for the 1975 season.  Mixed in these cards are at least two cards showing diagrams related to the artificial turf.  The first one (#408) appears to show the difference between how a ball would bounce on natural grass and how the ball would bounce on artificial turf: 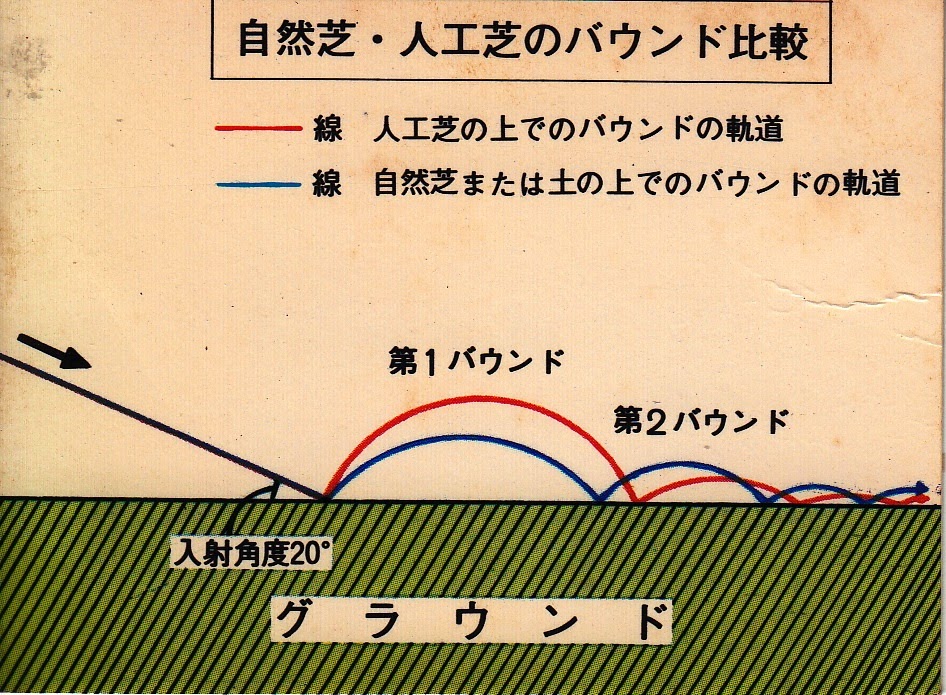 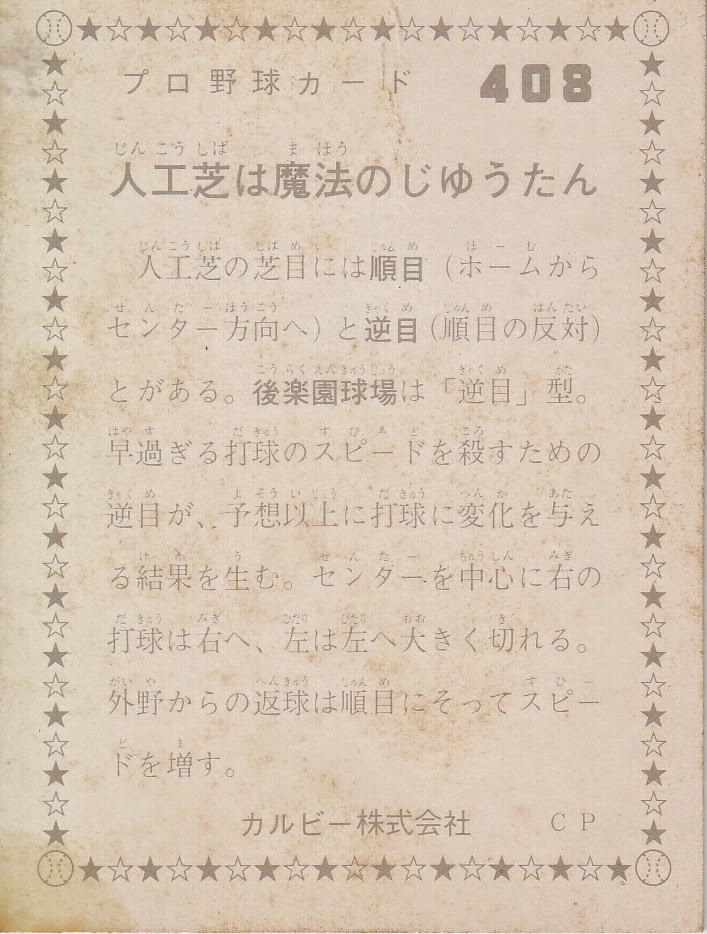 The second one (#422) shows a cross section of what I think is the drainage system for the stadium (I don't have this card but I got the images from Yahoo! Japan Auctions): 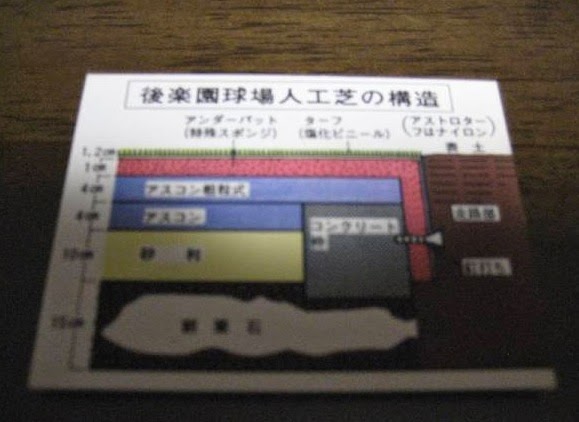 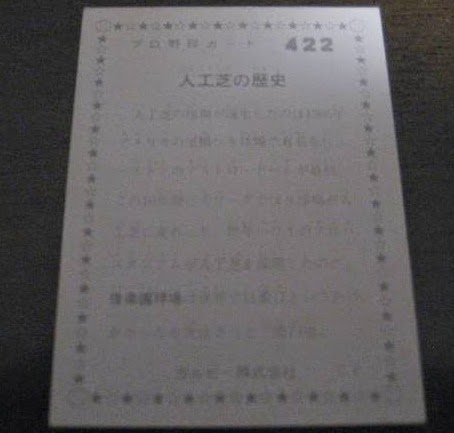