Some of the other cards Ryan had picked up for me were some 2014 team issued cards for the Hawks.  Now I had previously seen cards from two other 2014 Hawks sets but these did not appear to be related to the other sets.  I saw these in two different Yahoo! Japan Auctions and asked Ryan to pick them up.  The two auctions had nine cards in all but only four unique cards - I suggested to Ryan that he keep the doubles and he not only took me up on the offer, he beat me to doing a post about it by about six weeks! 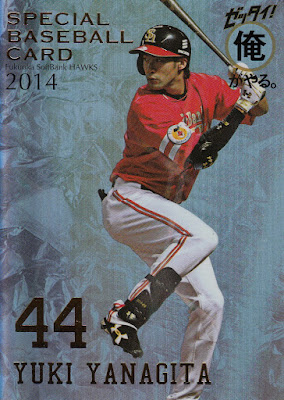 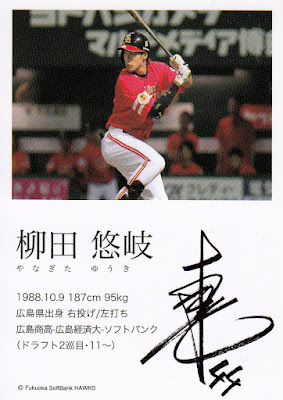 The breakdown of the nine cards was three Matsuda's, three Uchiyama's two Imamiya's and one Yanagita.

Ryan thinks that the cards were distributed in packs of three as one of the auctions included three cards in a red pack: 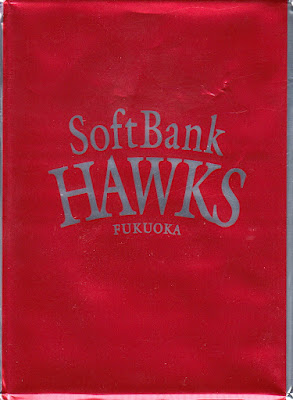 I'd be curious if these were some sort of tie-in with the Hawks alternate red uniforms from that season - especially since the all four players are wearing that jersey.
Posted by NPB Card Guy at 10:00 PM

As I've visited second-hand shops in Japan, I've picked up cheap replica jerseys. I see the red Hawks jerseys relatively often, but I ended up buying a yellow one.

I actually have a green one that my friend Hiro gave me when I was in Tokyo in 2013. It's too small for me to wear though.