Ryan is not the only one that I get cool stuff in the mail from.  I received a package yesterday from Dani that had a bunch of goodies in it.  We have kind of an ongoing trade in progress - I sent her a bunch of cards last year, she sent me a bunch of cards this week so I need to get some cards together for her now.

Here's what she sent me.  First up, a couple random cards.  She sent me what I think is a Weekly Baseball insert of Ryota Wakiya from 2006: 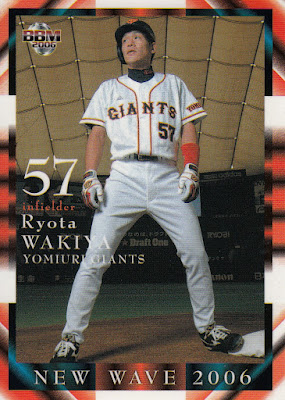 Next a Calbee Star Card of Shuichi Murata from 2012:

Next she sent me a card from last year's Nippon-Ham Home Run Sausage set.  I've been wanting to get a complete set of these but complete sets are nowhere to be found on Yahoo! Japan Auctions so I will settle for just this one.  As a bonus, I'm pretty sure this picture of Shogo Yagi was taken in Arizona last spring:

The bulk of what she sent me was a bunch of her extras from last year's Pro Yakyuu Ai "street clothes" set for the Fighters.  She had sent me a couple cards from this set last year but she bought another box and sent me more of her doubles.  She said she tried to find the "least goofy" cards for me "but well they are all goofy".  She gave me 10 more of the base set cards:


She also sent me a "Shop Campaign Card" for Kensuke Kondoh.  I'm not quite sure what this is but it looks like there's one to a box. 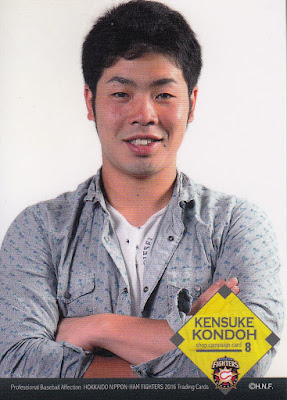 She also sent me an empty pack along with the "Original Binder Application Ticket".  Apparently there was some sort of lottery you could enter to get a binder for the set: 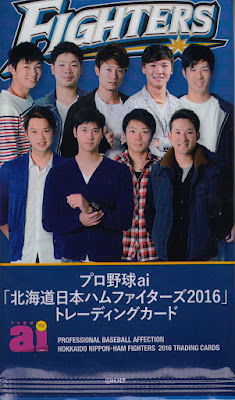 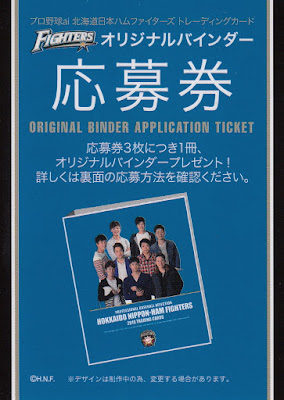 I was tempted to call the set "Professional Baseball Affection" but Dani says that that's the name of the magazine put out by Pro Yakyuu Ai.  I now have at least one card for each of the nine players in the set - that'll probably be enough.

I saved the best part of the package for last though.  For any number of reasons I was unable to make it to Arizona last month for the Fighters training camp.  I felt I had a little unfinished business there from last year, however, and I knew Dani would be going again so I asked her for a favor and she graciously agreed.  I mailed her a card that I wanted signed in late January and she got it done on her very first day in Arizona: 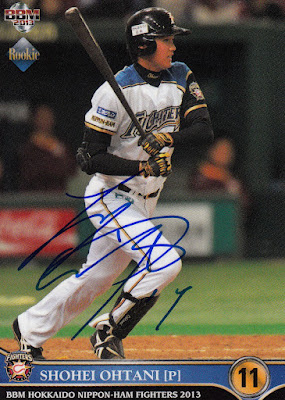 I need to get a good screwdown case to put this in.

Thanks so much for everything Dani!  I'll be getting some cards together for you but they probably won't be as cool as these were.
Posted by NPB Card Guy at 10:24 AM

Whoa - congrats on the Ohtani auto! Those street clothes cards kinda, sorta remind me of the old Studio sets from the early 90's.

That and those Stadium Club draft pick cards showing the high school graduation pictures of the players.