One of the sets I asked Ryan to pick up for me was the complete (I assume) 2015 Lions Fan Club set.  I had seen an auction on YJA for it for only 600 yen so I figured it was time to see what a complete team issued set looked like.  I previously wrote about a couple cards I had from this set in a post I did on Lions team issued cards.

The set contains 70 cards total.  It appears to contain the entire 70 man roster of the Lions that year (which actually was only 66 players) plus four ikusei players.  It does not contain a card for the Lions manager at the time Norio Tanabe.  The cards are unnumbered except for the player's uniform number.

I did a comparison of the players appearing in this set and the players appearing in the 2015 BBM Lions set.  Tanabe was the only in the BBM set but not in this set.  Three of the four ikusei players (Kyohei Maegawa, Daichi Mizuguchi and Daisuke Togawa) do not appear in the BBM set - the fourth one (Ryo Hayashizaki) was moved to the official roster on June 1 that year and so appears in the BBM set.  (Mizuguchi was moved to the official roster on July 23 so the Fan Club set must have gone to press before June 1 and the BBM set must have gone to press between June 1 and July 23.) 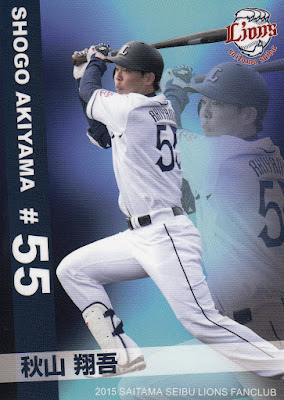 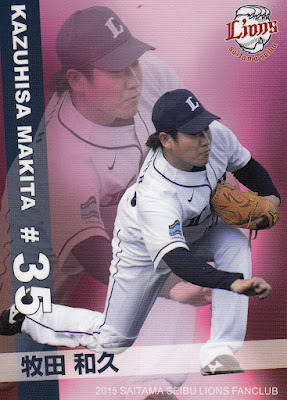 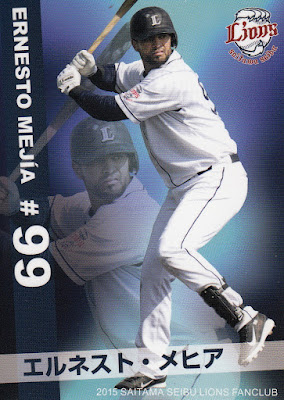 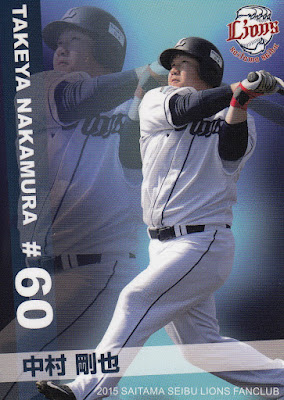 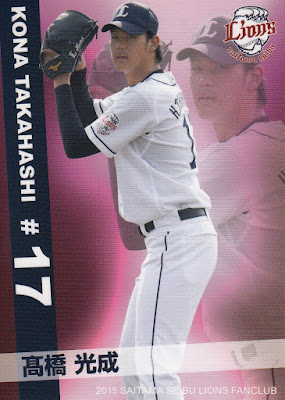