Card Of The Week December 29

There's been a couple of Japanese players who've signed with MLB clubs over the last couple weeks but the big news this past week was about two players who won't be moving across the Pacific.  Ryosuke Kikuchi of the Carp apparently didn't get the contract he was looking for in North America and will be remaining in Hiroshima for the near future as he signed a four year deal with his team.  This wasn't a huge surprise but the other story was a bit of shocker - Yuki Yanagita of the Hawks signed a seven year contract extension which will keep him in Fukuoka until 2026 when he'll be 38 years old.  Since the Hawks have never posted a player, it looks like this means that any possibility of Yanagita heading to MLB is pretty much over.

I have mixed feelings on this - I like Yanagita and I'm kind of happy he's staying with the Hawks.  But on the other hand it would have been fun to see what he could do in MLB.  Plus I might have gotten to see him in person - one of my biggest regrets about my trip this year was that Yanagita was injured and I didn't get to see him play. 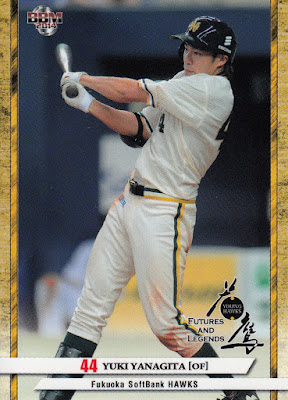