I wanted to do another quick post on some other cards I got from Dan Skrezyna.  Dan had picked up a lot of six 3D Giants cards because it contained a card of Lee Seung-Yeop.  He kept the Lee card, sent one of the other cards (Koji Uehara) to Ryan and sent the remaining four cards to me: 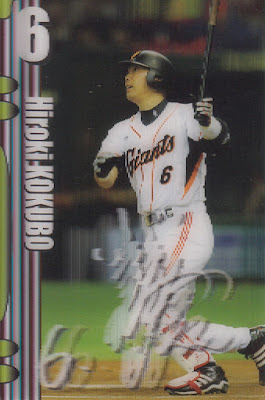 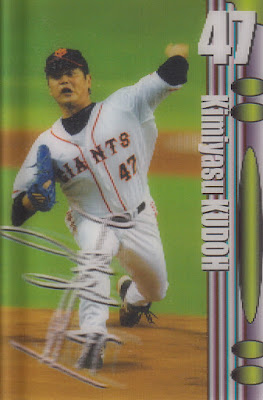 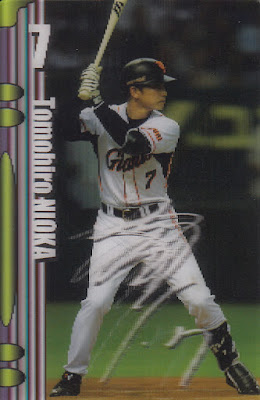 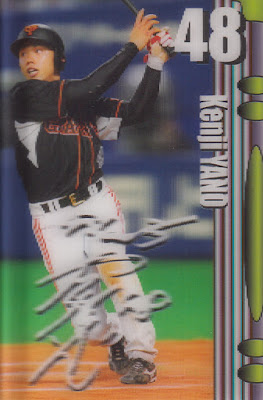 The scans really don't do these cards justice.  They have a plastic lenticular front like the old Kellogg's 3D cards from the 70's.  What's really cool about them is that not only does the player appear to be in front of the background, the player's signature appears to be floating in front of the card.

The cards don't have anything on them identifying what year they're from but Dan and I were able to narrow it pretty quickly.  Lee's first year with the Giants was 2006 which conveniently was both Kudoh and Kokubo's LAST year with Yomiuri.  So it's pretty obvious that the cards are from 2006.

Thanks for the cards, Dan!
Posted by NPB Card Guy at 9:11 PM

Awesome! Wish they would bring back some of this nostalgic printing technology to modern collecting.