Card Of The Week December 8

I recently picked up these two promo cards from BBM Giants team set this year: 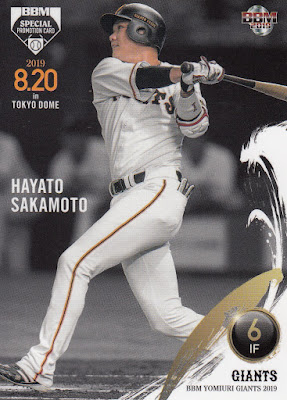 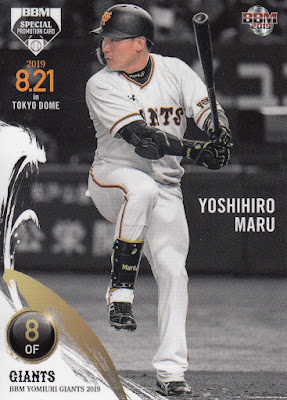 I originally thought these cards were giveaways at Giants games on the days indicated on the front of the cards but it turns out that the Giants were playing the Dragons in Nagoya on August 20th and 21st.  I'm not sure what the event was that these were given out at.  The backs of the cards have no clues - they are the same as the backs of the original cards from the Giants set (except that the numbers have been changed to #PR1 for the Sakamoto card and #PR2 for the Maru one).
Posted by NPB Card Guy at 8:00 AM